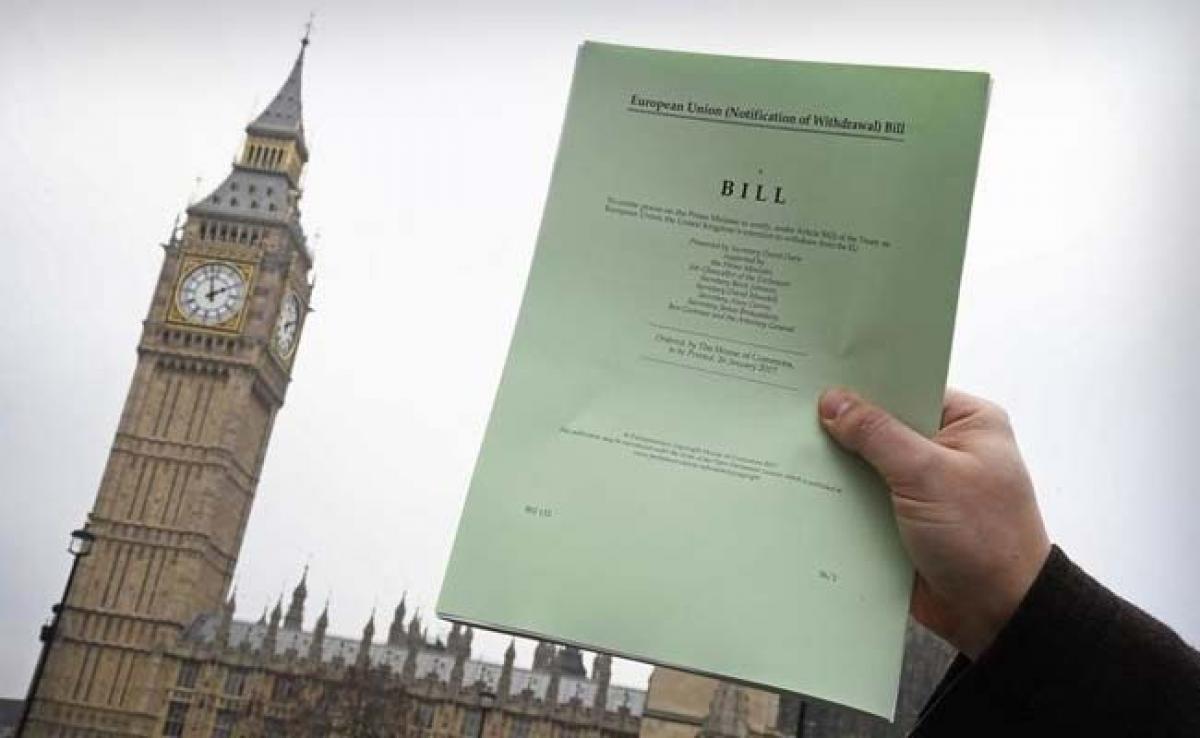 Prime Minister Theresa May's plan to take Britain out of the European Union easily cleared its first legislative hurdle on Wednesday, paving the way for the government to launch divorce talks by the end of March.

May's government is seeking approval for a new law giving her the right to trigger Article 50 of the EU's Lisbon Treaty - the legal process for leaving the bloc - after the Supreme Court ruled she could not take that decision unilaterally.

The bill could complete the legislative process by March 7.

May wants to begin exit negotiations with the EU by March 31, starting two years of talks that will define Britain's economic and political future and test the unity of the EU's 27 remaining members.

Lawmakers voted by 498 to 114 in favour of allowing the bill to progress to the next, more detailed legislative stage. Earlier they rejected an attempt to throw out the bill, proposed by pro-EU Scottish nationalists.

The Scottish National Party's Europe spokesman Stephen Gethins described the vote in a statement as "a devastating act of sabotage on Scotland's economy".

A majority of voters in Scotland and Northern Ireland in last summer's referendum backed remaining in the EU, while voters in England and Wales supported Brexit.

Wednesday evening's votes came after two days of impassioned speeches in parliament, which have underlined the lingering sense of shock among the largely pro-European political establishment that 52 percent of their constituents voted to leave the EU in the June 23 referendum.

Despite presiding over a Conservative Party divided over staying in the EU, May, who campaigned for a 'Remain' vote, secured almost unanimous support from her lawmakers for the legislation.

The opposition Labour Party leader Jeremy Corbyn had also pledged his party's support for the bill at this stage, but 47 of his lawmakers defied his order and voted against the bill.

Labour and other opposition parties will try to amend the bill at the next stage - due to start next week - to give parliament greater scrutiny over the Brexit talks.