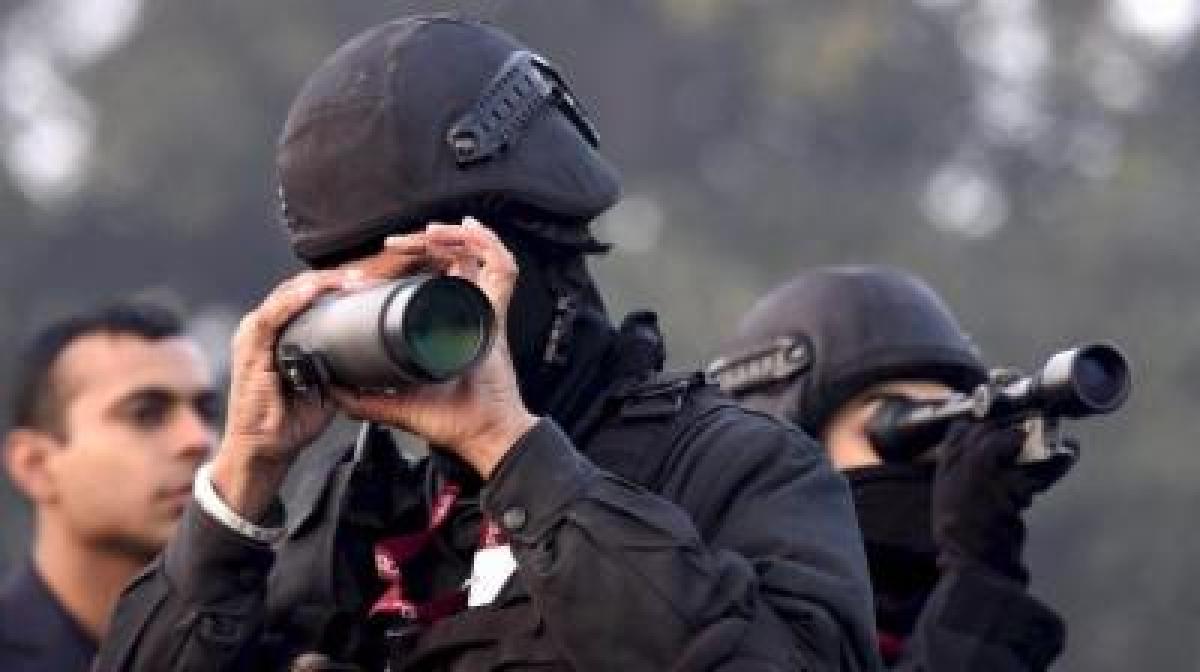 First the tiny drones buzz overhead to observe Iraqi soldiers. Then, the Islamic State group’s flying machines return to drop a small explosive device to sow panic among security forces — or deadlier still, to help guide a suicide car bomber to a target.

First the tiny drones buzz overhead to observe Iraqi soldiers. Then, the Islamic State group’s flying machines return to drop a small explosive device to sow panic among security forces — or deadlier still, to help guide a suicide car bomber to a target.

And the innovations are expected to keep coming since IS has been spending freely on technology, even as their fighters face intense pressure from coalition forces, according to Iraqi military officials.

The extremist group is hacking store-bought drones, using rigorous testing protocols and innovating tactics that mimic those used by US unmanned aircraft to adapt to diminishing numbers of fighters and a battlefield that is increasingly difficult to navigate on the ground.

The Associated Press visited a warehouse this week in the Shura neighbourhood, the largest drone workshop uncovered so far, and saw accounting spreadsheets with purchases totaling thousands of dollars a month for drone equipment. One receipt dated just a few months before the Mosul operation began recorded the purchase of wires, silicon, electrical plugs, cables, rotors and GoPro cameras. Other receipts logged in spreadsheets included food delivery orders of fried chicken, taxi fares and repair costs to the house’s hot water heater.

Scattered among the stacks of paper were bits and pieces of the drones themselves. Most were destroyed by IS as they retreated, Iraqi officers at the factory said. But pieces of styrofoam wings, fins and radio transmitters remained, piled up in the corners of the factory on a recent visit.

All the accounts were headed “board of development and military manufacturing,” some sub-headed “air observation division”. Handwritten notes instructed IS drone operators to write daily “mission reports” and monthly reports “about the challenges and difficulties you face as well.” In all, a half-dozen of the storehouses to make and modify the drones have been found recently in Mosul.

A cache of documents also obtained this month in a smaller makeshift factory by a researcher in Mosul, Iraq, indicates that the group is testing small drones, which are normally used as playthings, with deadly intent.

The researcher, Vera Mironova, is a labour economist by training and said her discovery of the drone paperwork — which includes lists in English and Arabic of parts and one file marked ‘Tool Kit’ that is a checklist of several dozen of the essentials — is a sign of what is essentially a program to let machines make up for a shortage in manpower. Items 1-5 were GoPro and chargers; battery cable; laptop; explosives; and devices.

Mironova, a fellow at Harvard University’s Kennedy School of Government, said the use of drones to both drop explosives and to direct more deadly payloads is an adaptation to the decrease in the number of attackers available. Early in the Mosul fighting, she said, suicide bombers tended to be deployed haphazardly more to frighten than to kill. But it didn’t take the group long to need a new approach.

Iraqi security forces report seeing drones used by IS for surveillance as early as 2015 in the fight for Ramadi in Iraq’s western Anbar province.

The first hints of the new tactics came in early 2016, when Turkish forces in northern Iraq saw toy-like drones overhead and then, within 15 minutes, were attacked by accurate incoming fire, according to Jonathan Schroden, director of the Center for Stability and Development at the Center for Naval Analyses.

“From there it was pretty clear where that was headed,” Schroden said. “They will look to continue to mimic what the US and Western militaries have done with drones. They would look to integrate the kill chain.”

With Mosul’s streets filled with debris, the drones can serve as a way for their operators to direct people on the ground — including suicide attackers — to an open path to bloodshed. The planes loaded with explosives do less actual damage, but can sow panic among troops fighting the extremists.

“First they come to observe and then they will return carrying bombs,” Major Firas Mehdi said, cautioning the AP journalists with the special forces unit to remain under cover during an outing in December. Mehdi himself had been hit with shrapnel in his leg when a drone dropped a small bomb on his position a week earlier.

A small, black rotary drone flew over their position from the IS-held neighbourhood just a few hundred metres away. Two Iraqi special forces soldiers rushed Mehdi into a concrete house for cover while half a dozen more spread out into the street and fired wildly into the air.

An Iraqi special forces officer told the AP this week that at least three Iraqi troops had been killed by the drones and dozens injured.

“They were giving instructions by radio to the suicide driver and following his progress” by video feed.

“But many of these planes were shot down by our forces, and we jammed their control frequencies, which made some of them crash,” Fadhil said.

An Iraqi intelligence officer, who spoke on condition of anonymity because he wasn’t authorised to speak to journalists, said he believes most of the drone parts were being purchased in Turkey and smuggled into Iraq through Syria while others were being largely made from scratch.

“Some of the designs are so simple, there’s very little technical difficulty,” he said.

The little fixed-wing planes and choppers have appeared in several IS videos online showing the drones observing Iraqi troop movements from the air and suicide car bombs hitting their targets.

In a Skype interview, Mironova, who contributed to an analysis of the documents for the Countering Terrorism Center at West Point, said that IS has shown itself to be innovative both with men and equipment.

“It’s pretty amazing to see how they are mimicking Western militaries do just using commercial off the shelf technology,” Schroden said. “All of this is sort of driven by what the commercial sector develops.”