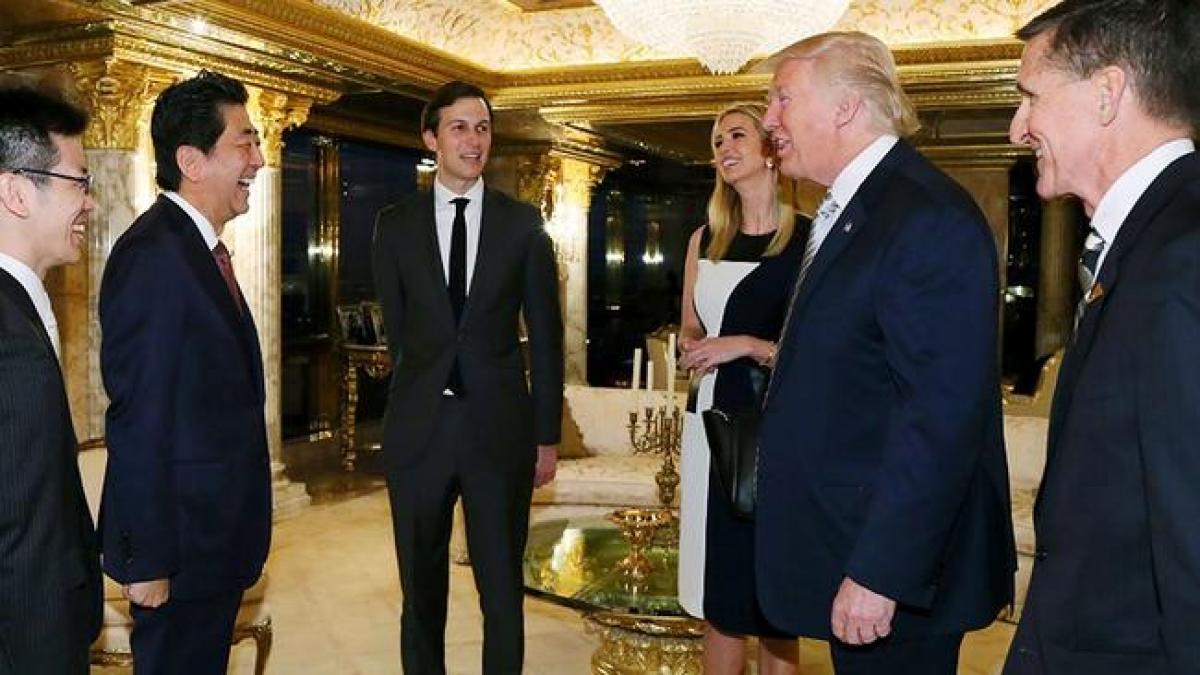 Abe will dangle proposals linked to the creation of hundreds of thousands of jobs in the US, ranging from high-speed rail projects to private cash from Japanese companies.

Their White House summit on Friday will be followed by a game of golf at Trump's palatial vacation estate in Florida, as the two men look to forge a personal relationship commensurate with their countries' national ties.

Boosting employment in the United States has been a key pillar of Trump's economic nationalism and his pledge to "Make America Great Again", a promise that often comes at the expense of other countries.

Japan has not been spared Trump's trademark assaults in which he has claimed the US has been the patsy of predatory foreign economies, which he says are "killing us".

Trump has singled out Toyota over a plan for a Mexican factory, said US automakers face discrimination in Japan and accused Tokyo of devaluing the yen for trade advantage.

Abe, deeply aware of Japan's dependence on the US for both national security and as a key trade partner, rushed to meet Trump in New York shortly after his November election.

On that occasion he presented the property tycoon with a $4,500 golf club, but for this week's formal get-together the stakes are higher and the gift much bigger.

Reports in the Japanese press suggest the "Japan-US Growth and Employment Initiative" could help to create 700,000 jobs through Japanese investment in US infrastructure and aims to create new markets worth $450 billion over the next decade.

It was not clear exactly what those new markets would be.

Newspapers have also said Japan's massive Government Pension Investment Fund (GPIF) -- the world's largest with $1.2 trillion in assets -- is expected to participate, putting up cash for US infrastructure and other projects.

The organisation, which is legally independent from the Japanese government, has denied the reports.

Electronics maker Sharp reportedly said Wednesday ahead of Abe's visit that it is considering building a new plant to produce LCD panels in the US.

Abe, who jets off Thursday evening, has so far been coy on the details of what he is taking with him, but is forthright about wanting to support Trump's economic plans.

"I want to talk to (Trump) substantially about how Japan can cooperate on infrastructure programmes the president is aiming for," Abe said in parliament.

It remains unclear, though, how detailed a package Abe can offer given Trump himself has yet to make much headway on his own infrastructure and pro-growth plans.

And while Abe is taking along his foreign and finance ministers, no business executives are going, officials said.

Takashi Kawakami, professor of international politics at Takushoku University in Tokyo, said Abe is going to have to walk a fine line in trying to please the US president while standing up for his own industries.

"Trump is unpredictable and may make tough requests in exchange for favourable treatment, like in a business deal," he said.