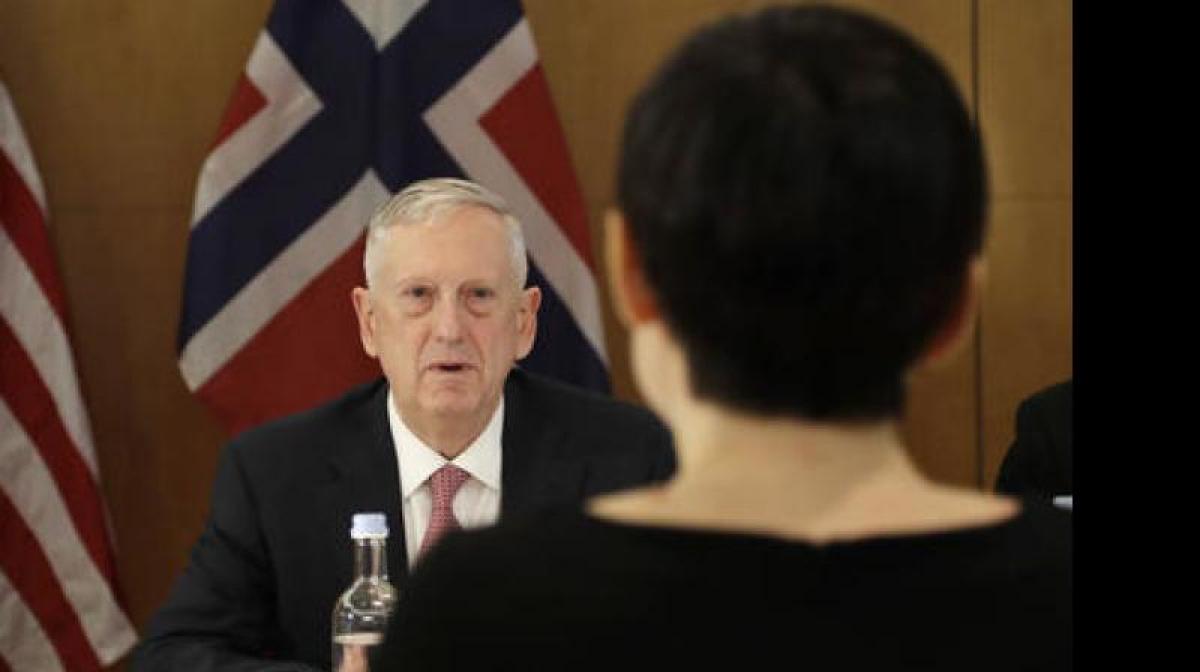 The United States is not about to plunder Iraq\'s petroleum reserves, said US Defence Secretary Jim Mattis, who arrived in Baghdad on Monday, said as he sought to soothe partners rattled by President Donald Trump.

The United States is not about to plunder Iraq's petroleum reserves, said US Defence Secretary Jim Mattis, who arrived in Baghdad on Monday, said as he sought to soothe partners rattled by President Donald Trump.

During his campaigns and since his election, Trump said that America’s troops have been in Iraq for eight years and should have grabbed Iraqi oil to fund its war effort.

This would also deprive the Islamic State group of a vital revenue source.

But Mattis, a retired Marine general who commanded troops during the 2003 invasion of Iraq, appeared to reject the idea.

"All of us in America have generally paid for gas and oil all along, and I am sure that we will continue to do so in the future," Mattis told reporters at the start of a visit to Iraq. "We are not in Iraq to seize anybody's oil," he said.

While speaking at the CIA headquarters in January, Trump cited the adage, "To the victor belong the spoils," and said America 'should have kept the oil' after pulling most of its troops out of the country under his predecessor Barack Obama.

The president then added, without elaborating, that "maybe we'll have another chance". Iraq on Sunday reported a total 153 billion barrels in proven oil reserves, the fifth largest in the world behind Venezuela, Saudi Arabia, Canada and Iran.

Mattis has emerged as a vital statesman for the Trump administration and has spent the past week in Europe and the Gulf on a mission to reassure allies that America is not about to abandon old military alliances.

Trump also despatched Secretary of State Rex Tillerson and Vice President Mike Pence to Europe in a bid to show "unwavering" US support to NATO.

As a candidate, Trump spoke disparagingly of NATO, calling it "obsolete", and he espoused the use of waterboarding and torture to deal with detained Islamic State members.

Mattis has repeatedly pushed back against such views, saying that if NATO had not already existed it would need to be created, and talking Trump down from his torture comments.

The Pentagon chief was due to meet with Iraqi Prime Minister Haider al-Abadi and Defence Minister Irfan al-Hayali, and his visit comes as the battle to recapture west Mosul from IS gets under way.

Adding to the friction from Trump's oil comments is his executive order blocking Iraqis from travelling to the United States, part of a decision to stop people from seven Muslim-majority countries from entering America for at least 90 days.

The move drew immediate international condemnation and prompted the Pentagon to lobby for special consideration of Iraqis who had supported US troops, such as translators and support staff.

After a federal judge blocked Trump's travel ban, the White House is planning a new order this week that would tweak it to circumvent the court.

Mattis said he had not seen the new executive order but was confident it would cater to the Iraqis who had served alongside US forces.

"I right now am assured that we will take steps, allow those who have fought alongside us for example to be allowed into the United States," he said.

"They will have been vetted obviously by their performance on the battlefield and by normal procedures and I am sure we will work our way through this quickly."