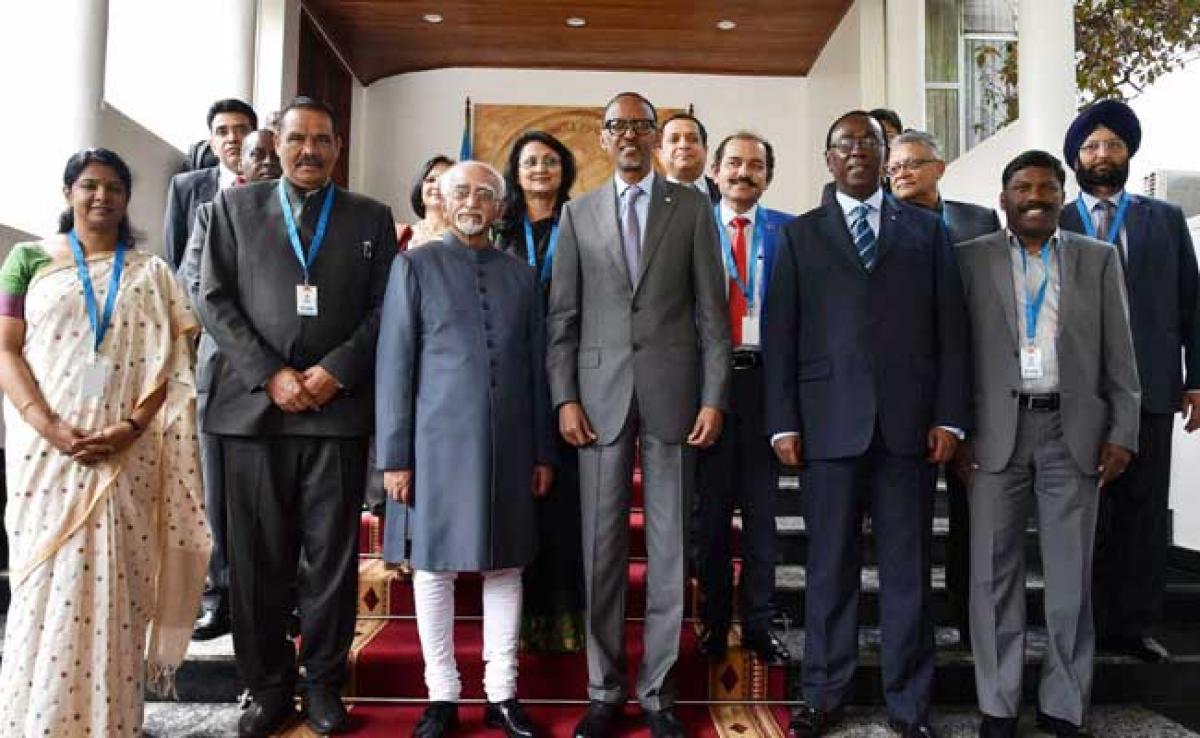 India and Rwanda have signed three agreements during the visit of Vice President Hamid Ansari to boost bilateral relations that include establishment of an entrepreneurship development centre in Kigali.

India and Rwanda have signed three agreements during the visit of Vice President Hamid Ansari to boost bilateral relations that include establishment of an entrepreneurship development centre in Kigali.

According to the Memorandum of Understandings signed between Rwanda and India, Rwanda Air will soon begin services to India, and the two countries will mutually exempt visa requirements for diplomatic and official passport holders.

Vice President Ansari, who is on a five-day tour to Rwanda and Uganda, earlier yesterday launched an innovation growth programme and addressed business leaders and experts from the two countries.

He said Rwanda offers a "wonderful platform" to Indian partners to enhance their presence in other parts of Africa and emphasised India was "ready to work" with partners in Rwanda and the larger African continent in "transferring our experience" in building an innovation-driven economy.

"India-Rwanda Innovation Growth Program is being launched to expand ties in science, Technology and Innovation. After this pilot project, the programme is proposed to be implemented in the East African community in seven countries and will then be scaled up to seven other economic zones across Africa," he said.

Under the programme, 20 Indian technologies and innovations are to be adopted over a period of two years.

"The programme aims at creating an ecosystem wherein Indian innovations and technology enterprises will thrive and encourage business ventures from both sides," Mr Ansari said.

The Vice President said it was an "exciting prospect" to see the captains of trade and industry from Rwanda stand alongside the Indian business community and innovators.

"This portends well for the future of Rwanda-India commercial and economic relations," he said.

Prime Minister Murekezi attended the event organised by Rwanda Development Board, the Private Sector Federation of Rwanda and the Federation of Indian Chambers of Commerce & Industry (FICCI).