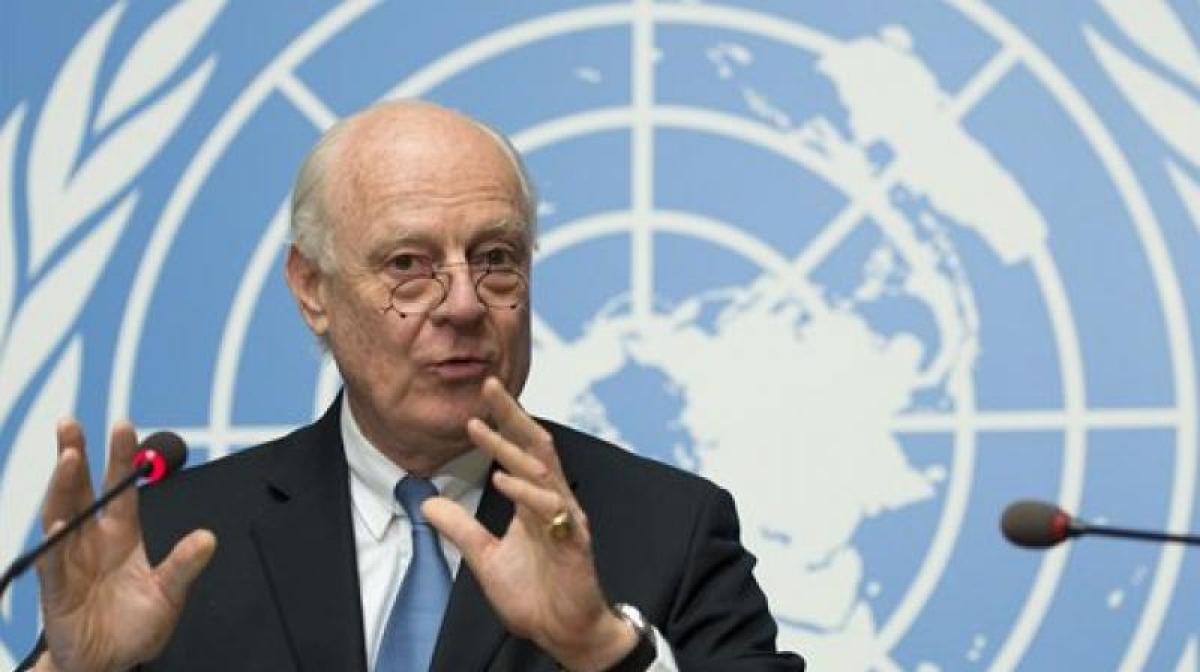 UN-brokered Syria peace talks restart in Geneva after a 10-month pause that has seen the opposition weakened and political turmoil in the foreign powers shaping the conflict.

UN-brokered Syria peace talks restart in Geneva after a 10-month pause that has seen the opposition weakened and political turmoil in the foreign powers shaping the conflict.

Since April 2016, when rival delegations were last in the Swiss city, government forces have recaptured territory including the former rebel bastion of eastern Aleppo.

Main opposition ally Turkey has forged a partnership with government-backer Russia while the United States, the most powerful voice demanding Syrian President Bashar al-Assad's departure, is under new and uncertain leadership.

Hopes for a breakthrough remain dim with the sides still deadlocked over Assad's fate and violence on the ground persisting.

United Nations envoy Staffan de Mistura has moderated three failed previous rounds of talks and said he was not ‘deluded’ about the prospects for a deal this time.

But he told a weekend security conference in Munich, ‘it is time to try again’.

De Mistura has said the agenda remains consistent with the last round, meaning rivals will discuss governance, drafting a new constitution and organising UN-monitored elections, in keeping the framework laid out by the Security Council in 2015.

But unlike 10 months ago, the rebels ‘have pretty much lost all leverage’, said Karim Bitar at the French Institute for International and Strategic Affairs.

After a ferocious falling out in 2015, Moscow and Ankara have mended ties and begun cooperation over Syria, including a joint campaign against the Islamic State group (IS).

In Munich, de Mistura said the fact that Russia and Turkey were now ‘talking businesses’ on Syria was a ‘game-changer’.

Moscow's military support for Assad has been decisive, notably in the regime's Aleppo victory.

However, observers said Russia's renewed diplomatic push could help the Geneva meet. "The Russians have an interest in leaving this situation of endless conflict," a European diplomatic source who requested anonymity told AFP, drawing a contrast with Iran's "blind support" for Assad.

While the UN envoy may see bright spots in the new Ankara-Moscow partnership, the situation in Washington is another matter.