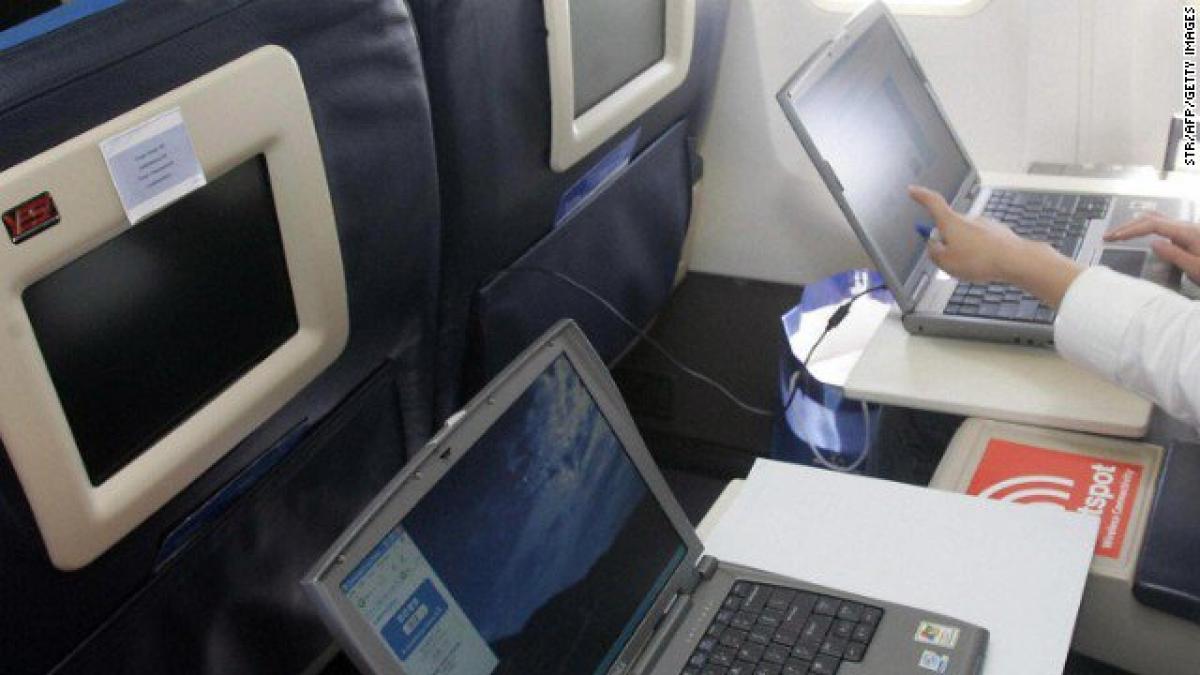 The United States and Britain banned larger electronic devices from the passenger cabin on flights from some airports in Turkey, the Middle East and North Africa.

Washington: The United States and Britain banned larger electronic devices from the passenger cabin on flights from some airports in Turkey, the Middle East and North Africa.

Intelligence obtained in recent weeks found that an al Qaeda affiliate was perfecting techniques for hiding explosives in batteries and battery compartments of electronic devices, which compelled the United States and UK to ban electronics in flights.

"The discovery that al Qaeda in the Arabian Peninsula was looking to exploit batteries and their compartments in laptops and other commercial electronic devices led the U.S. and UK to ban devices larger than a cell phone from certain flights, the CNN quoted an U.S. official as saying.

The new security restrictions, announced on Tuesday, require airlines based in the Middle East and North Africa to prevent people flying from eight countries from bringing any device bigger than a smart phone on board their aircraft. Instead, those electronics need to be stored in the cargo hold.

The US has given nine airlines from eight countries until the weekend to tell travelers to America to pack laptops, tablets and portable game consoles in their hold luggage.

This move is likely to affect Indian passengers traveling to US via Middle Eastern countries. Indians transiting through Dubai, Abu Dhabi and Istanbul airports while traveling to US might be affected by these new immigration rules.

Commenting on the Trump administration's new move, an official from the Directorate General of Civil Aviation (DGCA) told Hindustan Times, "What we have learned is that airlines are responsible for imposing the ban. Passengers travelling directly to the US from India are not affected."

"But if they are travelling via the Gulf or any of the eight countries where the ban is imposed, then the passengers have to keep the electronic devices other than mobile phones in the checked baggage. We are not issuing any advisory as of now," he added.

Meanwhile, Canadian government said that it is also considering prohibiting personal electronics onboard flights from Turkey, the Middle East and North Africa after both the US and Britain announced bans, the transportation minister said Tuesday.

"We are looking at the information that has been presented to us, we'll look at it carefully and have a fulsome discussion amongst our colleagues," Minister Marc Garneau told reporters.

"The (threat) information," he said, "has been provided to us by other intelligence communities."

The three countries routinely share intelligence, including on terrorism threats, as part of the Five Eyes intelligence gathering alliance.

Garneau said he would discuss this latest possible threat to airlines with Canadian Public Safety Minister Ralph Goodale and "we'll make that public when we make a decision."

The United States earlier banned laptops and tables in airplane cabins on flights from airports in eight countries, warning that extremists planned to target planes with bombs in electronic devices.

The US ban includes any device bigger than a smartphone, including laptops, tablets and portable game consoles.