Kremlin Critic Alexei Navalny Gets 15 Days In Jail After Protest 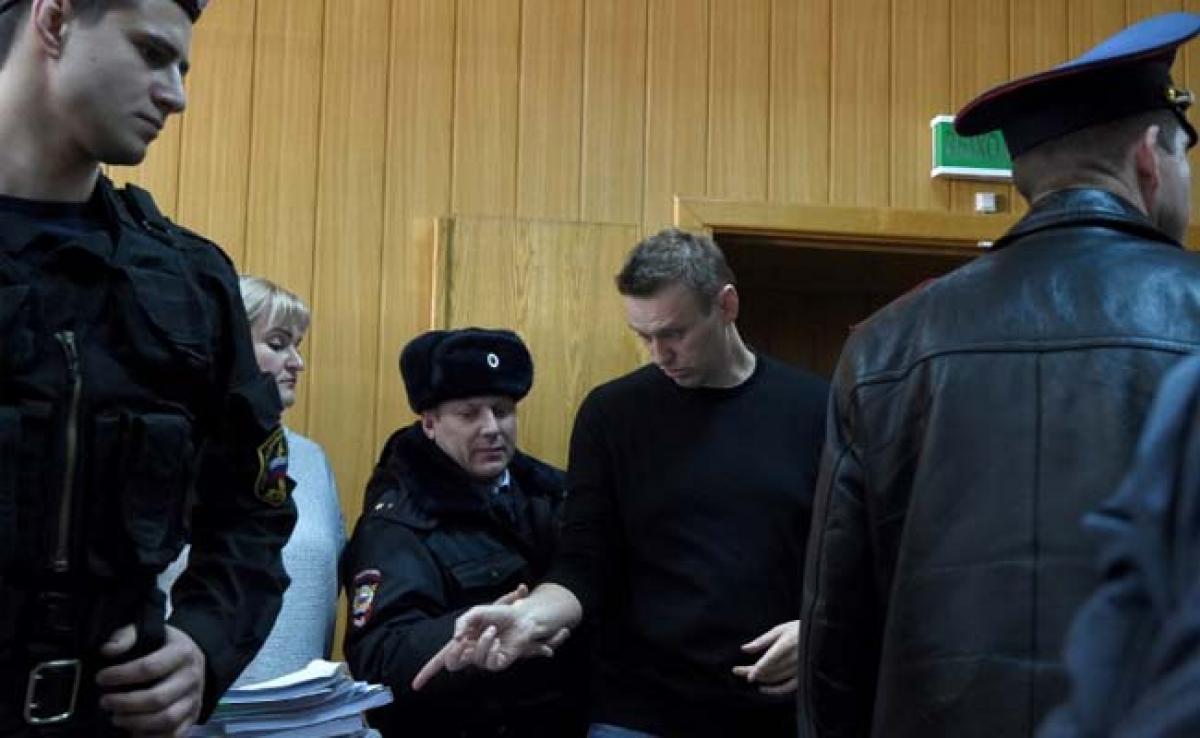 Russian opposition leader Alexei Navalny was sentenced to 15 days behind bars and fined Monday after staging the biggest anti-corruption protests in years, an act branded a \"provocation\" by the Kremlin.

Russian opposition leader Alexei Navalny was sentenced to 15 days behind bars and fined Monday after staging the biggest anti-corruption protests in years, an act branded a "provocation" by the Kremlin.

The United States and the European Union have voiced deep concern after Navalny and more than 1,000 others were detained in the Moscow protest on Sunday, with the State Department calling the arrests an "affront to democracy".

A Moscow district court ordered Navalny to serve 15 days in jail after finding him guilty of disobeying police orders. He was also fined 20,000 rubles ($350) for organising an unsanctioned protest.

The lawyer turned activist, 40, who has announced plans to run for president next year, called Sunday's protests after publishing a report accusing Prime Minister Dmitry Medvedev of controlling a property empire through a shadowy network of nonprofit organisations.

"The authorities are being accused of multi-million theft, but they remain silent," a haggard-looking Navalny said in court, insisting the protests were legal.

"More than 1,000 people were arrested yesterday but it is impossible to arrest millions," he said.

About 7,000 to 8,000 people demonstrated in Moscow on Sunday, according to police figures, making it one of the biggest unauthorised rallies in Vladimir Putin's 17 years in power as president or prime minister.

The Kremlin called the protest "a provocation and a lie", and claimed that minors had been promised "financial rewards" to participate.

Demonstrations were held not just in Moscow and Saint Petersburg, Russia's second-largest city, but also in a number of provincial cities where protests are rarely seen.

They attracted a significant number of minors born since Putin came to power.

"I am very happy that a generation that wants to be citizens, that isn't afraid, was born in the country," Navalny said.

Kremlin spokesman Dmitry Peskov said Russians' "civic stance" would be respected if expressed legally but, without mentioning Navalny by name, suggested "some people will continue using (politically) active people... to their own ends, calling them to illegal and unauthorised actions".

Navalny was arrested as he was walking to the Moscow protest and another 1,030 people were detained, according to OVD-Info, a website that monitors detentions of activists.

Most were fined and released overnight, while about 120 remained in custody on Monday morning, OVD-Info said.

One policeman was hospitalised after suffering a head injury, the interior ministry said.

The European Union urged Russia to release the demonstrators "without delay" and expressed concern that police action had "prevented the exercise of basic freedoms of expression, association and peaceful assembly".

"We call on the Russian authorities to abide fully by the international commitments it has made, including in the Council of Europe... to uphold these rights and to release without delay the peaceful demonstrators that have been detained."