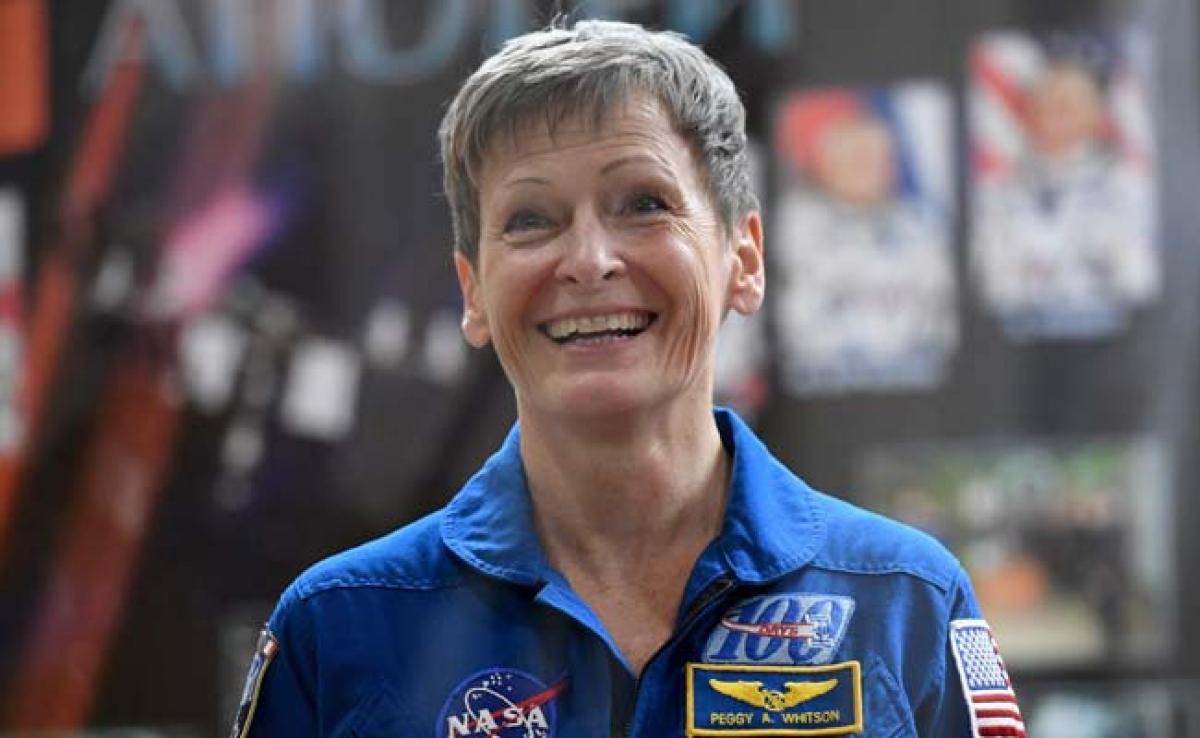 American astronaut Peggy Whitson made history when she floated outside the International Space Station on Thursday, breaking the record for the most spacewalks by a woman.

American astronaut Peggy Whitson made history when she floated outside the International Space Station on Thursday, breaking the record for the most spacewalks by a woman.

The spacewalk formally began at 7:29 am (1129 GMT) when Ms Whitson and her NASA colleague Shane Kimbrough switched their spacesuits to battery power before venturing outside the airlock and into the vacuum of space.

"Be safe and enjoy your time out," said French astronaut Thomas Pesquet as the hatch opened.

"I will be waiting for you."

The goal of the six-and-a-half hour spacewalk is to continue upgrading the International Space Station for the arrival of commercial spaceships in the years to come.

Thursday's walkabout is the second in a series of three spacewalks to outfit the exterior of the orbiting outpost with parking spots for a new generation of space taxis ferrying astronauts to the station.

SpaceX and Boeing are currently designing crew vehicles that will begin flying people to the ISS as early as next year.

Ms Whitson earned a doctorate in biochemistry and served as the first female space station commander in 2008.

She is a native of Iowa and is known for her quick wit, sense of humor and ease in communicating complicated science topics to a lay audience.

Earlier this month, she said in an interview on NASA television that she has spent her time at the orbiting lab growing stem cells for a science experiment on cell therapies for cancer.

She is also taking part in experiments to test how fire acts in microgravity to better understand how it spreads in space, and growing seedlings called Arabidopsis to study how plants grow in orbit.

Now on her third long-duration spaceflight, Ms Whitson is the oldest woman to ever fly in space.

She arrived at the space station in November, after previously serving on two six month missions at the orbiting outpost in 2002 and 2008.

On April 24, she will break another record -- this time for the most cumulative days in space by an American -- when she passes 534 in orbit, longer than current title holder Jeff Williams.

Active on her Twitter account, Ms Whitson often writes about how research at the space station relates to every day life, and how she travels the world as part of her astronaut training.

"I traveled to Russia eight times in the last 1.5 year training flow, two times to Japan and one time to Cologne," she wrote in a recent blog post.

Next week, she and Pesquet, 39, will perform another spacewalk to continue the space station upgrades and maintenance needed for future spaceships.

For part of the outing, Pesquet is scheduled to ride the robotic arm from part of the football field-sized lab to another.

"We call that officially the yee-haw ride," she told NASA television last week.

According to her NASA bio, her hobbies include weightlifting, biking, basketball and water skiing.