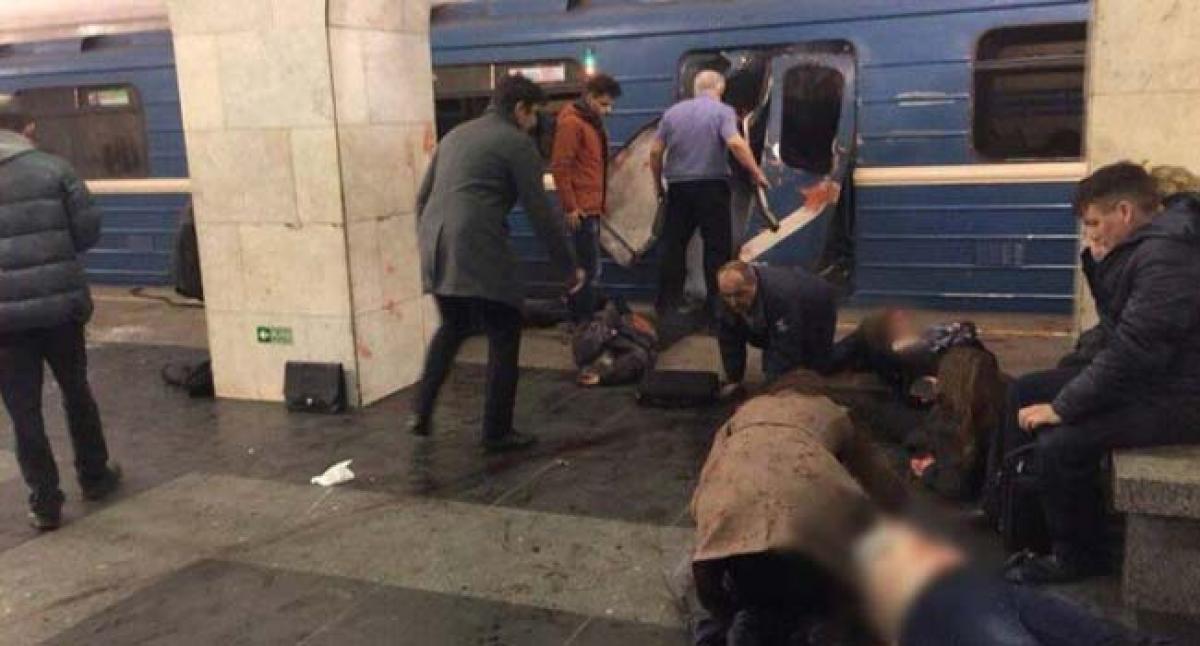 The metro servicing Russia's second largest city said it had closed all stations at 15:40 local time (12:40 GMT) amid an ongoing evacuation. It remains unclear when the underground system will open again. There was only one blast in St Petersburg metro, Reuters quotes a source in emergency services as saying. Fifty people have been injured by the blasts in St Petersburg's metro system on Monday, Andrey Kibitov, the head of the city governor's press service said on Twitter. Seventeen ambulances are currently treating the injured, Kibitov said.

6:30 PM(IST)
All stations of St. Petersburg metro closed after blasts.

6:25 PM (IST)
Putin offers condolences to the families of those killed in St. Petersburg subway explosion.

6:25 PM (IST)
We are considering all causes, including terrorism - Vladimir Putin

6:20 PM (IST)
The subway's administration says several stations in the northern Russian city have been closed and that an evacuation is underway Monday afternoon.

6:17 PM (IST)
Social media users posted photographs from one subway station in the city center, showing people lying on the floor and a train with a mangled door nearby.

6:10 PM (IST)
Putin is visiting the city Monday and is expected to hold talks with the Belarusian president later in the day.

6:02 PM (IST)
Another agency, RIA Novosti, said there appeared to have been blasts at two metro stations.

6:01 PM (IST)
An explosion in the St Petersburg metro system on Monday has killed at least 10 people, according to "preliminary information," Russian news agency TASS reported.