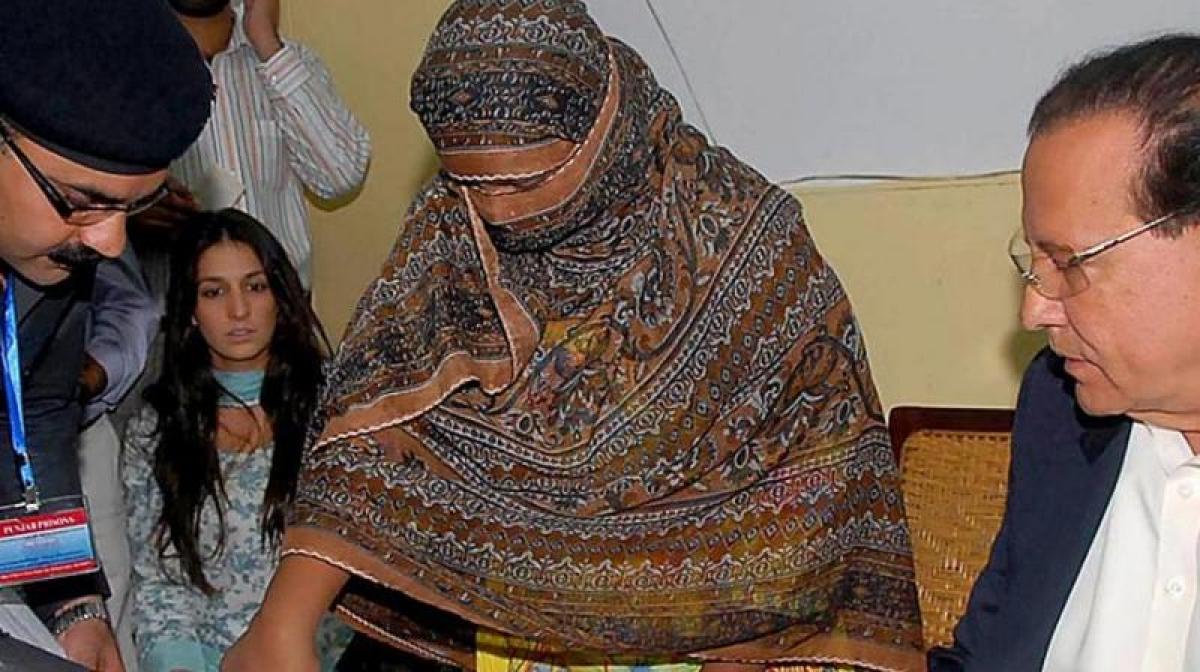 Two top American Senators have introduced a resolution in the US Senate urging Pakistan to release a Pakistani-Christian woman who is serving a jail term for alleged violation of the country’s draconian blasphemy laws.

Two top American Senators have introduced a resolution in the US Senate urging Pakistan to release a Pakistani-Christian woman who is serving a jail term for alleged violation of the country’s draconian blasphemy laws.

Senators Rand Paul and Chris Coons on Tuesday introduced a resolution urging Pakistan to release Aasiya Noreen, commonly referred to as Asia Bibi, a mother of five from Nankana area of Punjab province who was convicted of blasphemy in 2009 and has been on death row since 2010.

However, after an international outcry, the Pakistani Supreme Court stayed her execution.

The senators also asked Pakistan to reform the laws that have led to the targeting of religious minorities.

“My heart goes out to Asia Bibi as she continues to endure her unjust imprisonment in Pakistan,” said Paul.

“It’s time for Pakistan to immediately release Asia Bibi and put a stop to the persecution of Christians and other religious minorities,” he added.

If Asia’s sentencing were to be upheld, she would have been the first woman to be executed in Pakistan as a result of blasphemy laws. This resolution highlights her case and that of other religious minorities who have been indiscriminate victims of Pakistan’s blasphemy laws, the two senators said in a statement.

“No one, in any part of the world, should be victimised for freely and peacefully practicing his or her beliefs. I urge the government of Pakistan to release Asia Bibi and work to promote an inclusive and pluralistic society, starting with reforming its blasphemy laws,” Coons said.

The resolution urges the Pakistani government to release Asia Bibi and reform its “religiously intolerant” laws regarding blasphemy.

In Pakistan, mere accusations of blasphemy, even by private individuals, often lead to violence against those accused by private actors, the resolution alleged.

The bipartisan resolution urges Pakistan to reform its laws to reflect democratic norms and ideals and work to promote tolerance of religious minorities so that no one is in danger of persecution from the government or their neighbours for exercising their right to free speech and practicing their religion.

Blasphemy is a hugely sensitive issue in Muslim-majority Pakistan, which introduced the draconian laws in 1985 in a bid to appease rightwing parties. These laws have been often alleged to have been misused to settle personal scores.

Militants also target people blamed for blasphemy or those demanding changes to them.

Punjab’s liberal governor Salman Taseer was killed in 2011 when he termed the regulations “black law” after meeting Asia Bibi after her conviction.