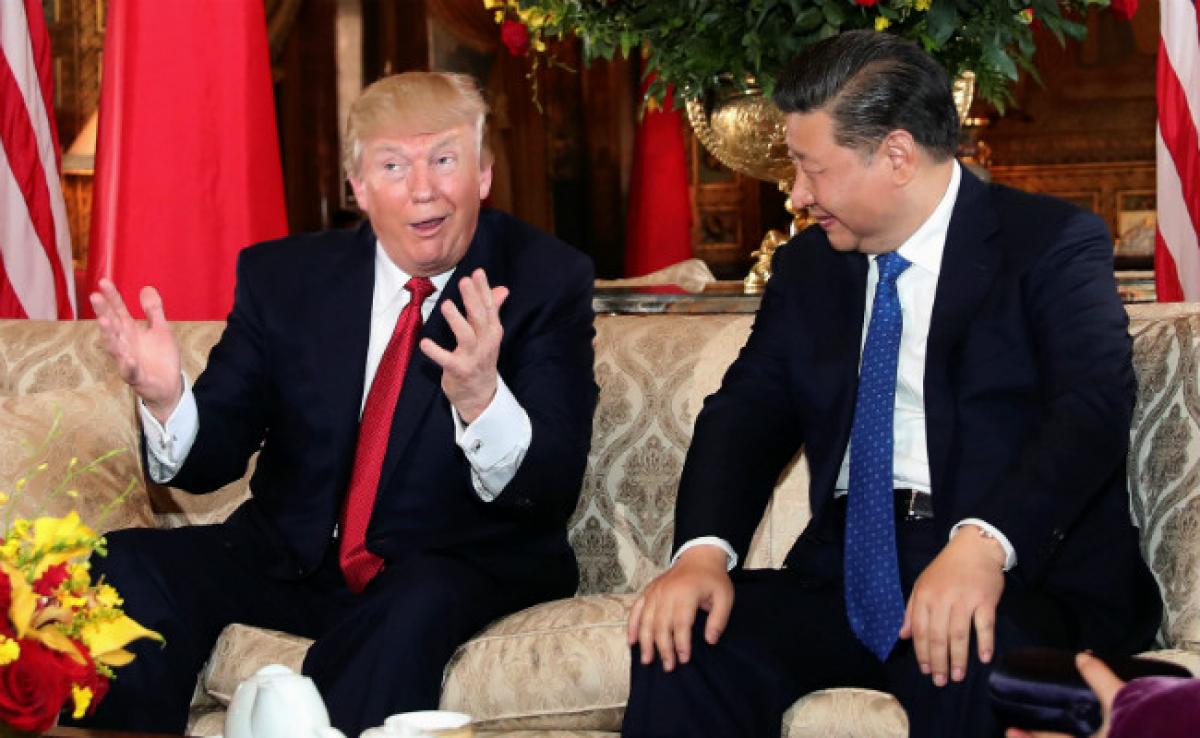 Chinese leader Xi Jinping has urged Donald Trump to peacefully resolve surging tensions over North Korea\'s nuclear programme, as the US president touts the power of a naval \"armada\" sent to counter fresh provocations by Pyongyang.

Chinese leader Xi Jinping has urged Donald Trump to peacefully resolve surging tensions over North Korea's nuclear programme, as the US president touts the power of a naval "armada" sent to counter fresh provocations by Pyongyang.

Trump said Tuesday that the US was ready to solve the North Korean "problem" without China if necessary, as he and Pyongyang engage in tit-for-tat saber-rattling that has sent tensions soaring in East Asia.

"North Korea is looking for trouble," Trump wrote on Twitter. "If China decides to help, that would be great. If not, we will solve the problem without them! U.S.A."

Trump made his comments as a US naval strike group headed towards the Korean peninsula.

"We are sending an armada. Very powerful," Trump said in an interview with Fox Business Network. "We have submarines. Very powerful. Far more powerful than the aircraft carrier."

A barrage of recent North Korean missile tests have stoked US fears that Pyongyang may soon have an intercontinental ballistic missile capable of delivering a nuclear warhead to the US mainland.

North Korea is also believed to be preparing to test a nuclear weapon in the coming days.

The US show of force prompted the North to declare it was "ready to react to any mode of war desired by the US."

"This goes to prove that the US reckless moves for invading the DPRK have reached a serious phase," a spokesman for the North's foreign ministry said, according to state news agency KCNA.

During their call, Xi told Trump that China remains "willing to maintain communication and coordination with the American side on the issue of the peninsula," according to the CCTV report.

Trump, it added, said that it was very important for the two heads of state to maintain close ties, and that he agreed that the US and China should work together to "expand pragmatic cooperation in a wide range of areas".

Speculation also has mounted that North Korea might conduct a nuclear test to mark the 105th birthday anniversary of founder Kim Il-Sung on Saturday.

Trump launched a missile strike on Syria at the end of last week during his Florida meeting with Xi.

The move was widely interpreted as a warning to North Korea as well as retaliation for the Damascus regime's suspected sarin attack against civilians in a rebel-held town in Syria.