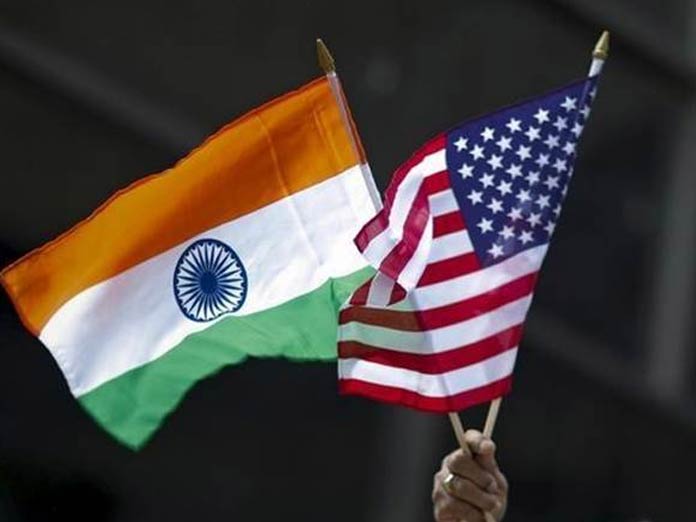 There is a great scope for taking IndiaUS relationship exponentially forward by engaging the diaspora and the states of the both nations, Indias envoy here has said Indias new Ambassador to the US, Harsh V Shringla, who presented his credentials to President Donald Trump on January 11,

Washington: There is a great scope for taking India-US relationship exponentially forward by engaging the diaspora and the states of the both nations, India's envoy here has said. India's new Ambassador to the US, Harsh V Shringla, who presented his credentials to President Donald Trump on January 11, in recent days met top American lawmakers, including Senator Mark warner, Co-Chair of the Senate India caucus, Congresswoman Tulsi Gabbard and Congressman George Holding, who are Co-Chairs of the House India Caucus and Congressman Eliot Engel, Chairman of the House Foreign Affairs Committee.

Despite the longest partial government shutdown, Shringla has had a series of introductory meetings in various wings of the Trump administration including the State Department and the Pentagon. He said after his meetings with US officials, he "got a sense of how our relationship is viewed, the importance given by the US side to the India-US relations, the scope for taking it exponentially forward; and also addressing as we go along some of the issues that can help in providing inputs into the new initiatives that we take..." Lauding the Indian community in the US, Shringla in an interview to PTI said: "The Indian community is clearly a highly successful, vibrant community. Much of the image of India that we have achieved in the United States is an account of the success of the Indian community in America.

"That is how the US sees India. They see the Indian community as a microcosm of India in the US, as representing India,” he said. "We look forward to engaging the Indian community all over the country to see how we can work with the community in strengthening the relationship and how we can channelize their enthusiasm and vitality into supporting this effort," Shringla said. Engagements with the states on either side, he believes, is another important dimension of this bilateral relationship.

"States in India play a very important role in the success of the bilateral engagement. Today, as part of our Prime Minister's vision of constructive federalism, our stares are increasingly proactive. States are directly engaging foreign countries in attracting trade and investments," he said. For example, the Governor of Kentucky represented the US in Vibrant Gujarat Summit, Shringla said, adding that several other governors have expressed their desire to visit India.