US to begin forcing asylum applicants to remain in Mexico 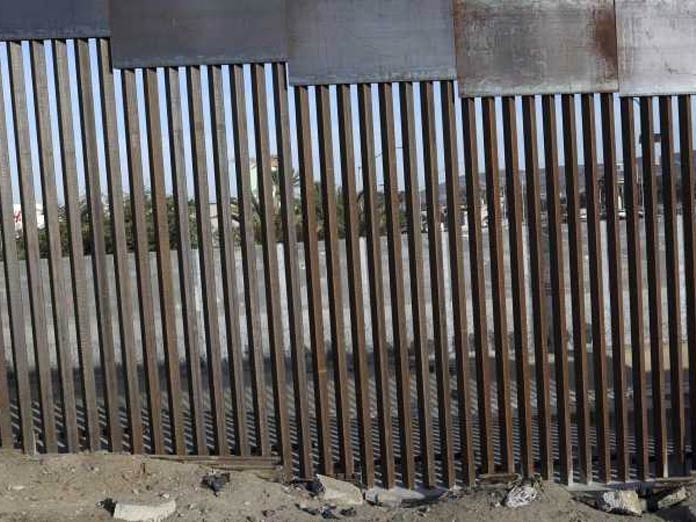 US President Donald Trumps administration will on Friday begin forcing asylum applicants to remain in Mexico while their cases are considered, in a new measure aimed at deterring illegal immigration across the southern border

Washington: US President Donald Trump's administration will on Friday begin forcing asylum applicants to remain in Mexico while their cases are considered, in a new measure aimed at deterring illegal immigration across the southern border.

The new policy, originally announced in December, will be launched initially at the busy Tijuana-San Ysidro border crossing south of San Diego, according to a Department of Homeland Security (DHS) official, speaking anonymously.

Tens of thousands of Central Americans have flocked to that port of entry over the past year to ask for asylum -- and the administration wants to stop allowing migrants to remain inside the United States after their asylum applications have been accepted.

DHS officials say nearly all of them just disappear into the folds of US society as illegal immigrants and never show up for their hearings.

They also say at least 80 percent of the asylum claims -- mostly by poor refugees from violence-wracked Honduras, Guatemala and El Salvador -- are without merit.

With a backlog of 800,000 asylum requests yet to be processed, new applications by applicants pushed back into Mexico to wait could take months if not years to process.

The Trump administration hopes that will be a deterrent to those making the long trek from their home countries.

"We have implemented an unprecedented action that will address the ongoing humanitarian and security crisis at our Southern border," said Homeland Security Secretary Kirstjen Nielsen in a statement.

"For far too long, our immigration system has been exploited by smugglers, traffickers, and those who have no legal right to remain in the United States."

According to a DHS fact sheet, the new "Migrant Protection Protocols" (MPP) will apply to anyone crossing the border from Mexico by land without immigration documents.

It includes any who make a claim for protection during their processing or apprehension, "but who have been assessed not to face persecution or torture in a contiguous country" -- meaning Mexico.

Unaccompanied children, however, will not be subject to MPP.

"This will allow DHS to more effectively assist legitimate asylum-seekers and individuals fleeing persecution, as migrants with ineligible or fraudulent claims will no longer have an incentive to make the journey," the DHS fact sheet said.

The move comes as Trump and Democrats in Congress are locked in a fight over Trump's demand for billions of dollars to build a wall on the long US-Mexico frontier to block illegal border crossers.

The standoff has prevented Congress from passing a federal budget bill and forced the shutdown of much of the government for five weeks.