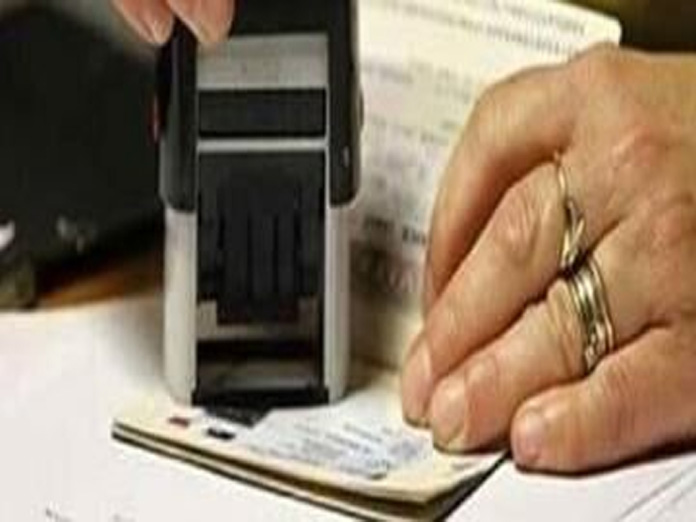 Several foreigners, including from India, face deportation from the US after authorities busted a pay to stay visa racket and arrested eight persons on charges of fraudulently facilitating at least 600 immigrants to illegally remain in the country

​Washington: Several foreigners, including from India, face deportation from the US after authorities busted a "pay to stay" visa racket and arrested eight persons on charges of fraudulently facilitating at least 600 immigrants to illegally remain in the country.

In late-night and pre-dawn raids, the US Immigration and Customs Enforcement (ICE) agents arrested eight foreigners -- all of whom are either Indian nationals or Indian Americans -- for aiding foreign nationals to remain in the United States illegally by actively recruiting them to enrol into a fake university in Farmington Hills in Metro Detroit. Six of them were arrested in Detroit area while the other two in Virginia and Florida.

Without the knowledge of the conspirators, the university was operated by special agents of the Homeland Security Investigations (HIS) as part of an undercover operation, from a small building in Detroit area.

Information made available on the website of this university in particular those related to admissions leaves a lot of questions.
Simultaneously, the ICE also has started detaining foreign students of this fake university and started the process of their deportation.

"Vast majority" of those arrested and detained are Indian nationals, an ICE official said. "Special agents from ICE's Homeland Security Investigations arrested eight on criminal charges as part of an investigation into potential abuses of the US student visa system," the official said.

Meanwhile, social media chatter on various platform – in particular those from Andhra Pradesh and Telangana -- indicated that the ICE raids were carried out in various cities across the US -- Columbus Ohio; Houston in Texas, Atlanta in Georgia, St Louis in Missouri and New York and New Jersey.

According to an indictment unsealed in a local court on Wednesday, these eight individuals helped at least 600 foreign nationals stay in the US illegally. "As part of this investigation, numerous foreign nationals face administrative immigration violations. Those individuals will be placed in removal proceedings, and ICE will seek to maintain them in its custody pending the outcome of those proceedings," the ICE official said.

"We are aware about this incident. We are ascertaining more details (through) our embassy in Washington and different consulates in the US," Ministry of External Affairs Spokesperson Raveesh Kumar said in New Delhi.

According to the indictment, from February 2017 to January 2019, a group of foreign citizens, conspired with each other and others to fraudulently facilitate hundreds of foreign nationals in illegally remaining and working in the US by actively recruiting them to enrol into the university.

The university was part of a federal law enforcement undercover operation designed to identify recruiters and entities engaged in immigration. The university had no staff, no teachers, and conducted no real classes. As part of the scheme, the indictment said, the defendants and recruiters assisted foreign citizen "students" in fraudulently obtaining immigration documents from the school and facilitated the creation of false student records, including transcripts, for the purpose of deceiving immigration authorities.

The illegal documents obtained as a result of the conspirators' actions were based on false claims, false statements, and fraud since the purported foreign students had no intention of attending school, nor attended a single class, and were not bona fide students, federal prosecutors said.

Noting that all participants in the scheme knew that the school had no instructors or actual classes, the ICE said the defendants intended to help shield and hide their customers "students" from US immigration authorities for money and collectively profited in excess of a quarter of a million dollars as a result of their scheme.