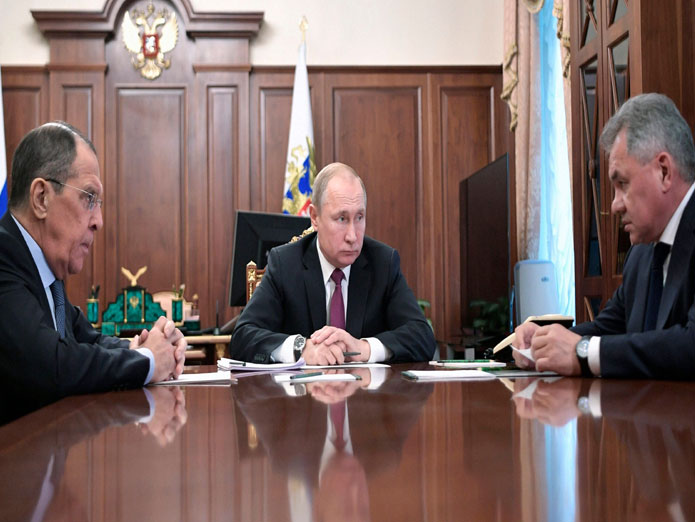 Moscow: President Vladimir Putin on Saturday said Russia was suspending its participation in a key Cold War-era missile treaty in a mirror response to a US move the day before. Moscow and Washington have long accused the other of violating the Intermediate-Range Nuclear Forces agreement. President Donald Trump last year announced plans to withdraw unless Russia fulfilled its obligations.

"Our American partners have announced they are suspending their participation in the deal, and we are also suspending our participation," Putin said of the agreement, following a US deadline for cooperation.Putin said during a televised meeting with foreign and defence ministers Sergei Lavrov and Sergei Shoigu that Russia would no longer initiate talks with the US on disarmament. "We will wait until our partners have matured enough to conduct an equal, meaningful dialogue with us on this important topic," the President said.

Brokered by US president Ronald Reagan with last Soviet leader Mikhail Gorbachev, the treaty ended a superpower buildup of warheads that had frightened Europeans. It banned ground-launched missiles with a range of 500 to 5,500 kilometres (300 to 3,400 miles).The deal resolved a crisis over Soviet nuclear-tipped ballistic missiles targeting Western capitals but put no restrictions on other major military actors such as China.