Kothagudem on a path of rapid growth 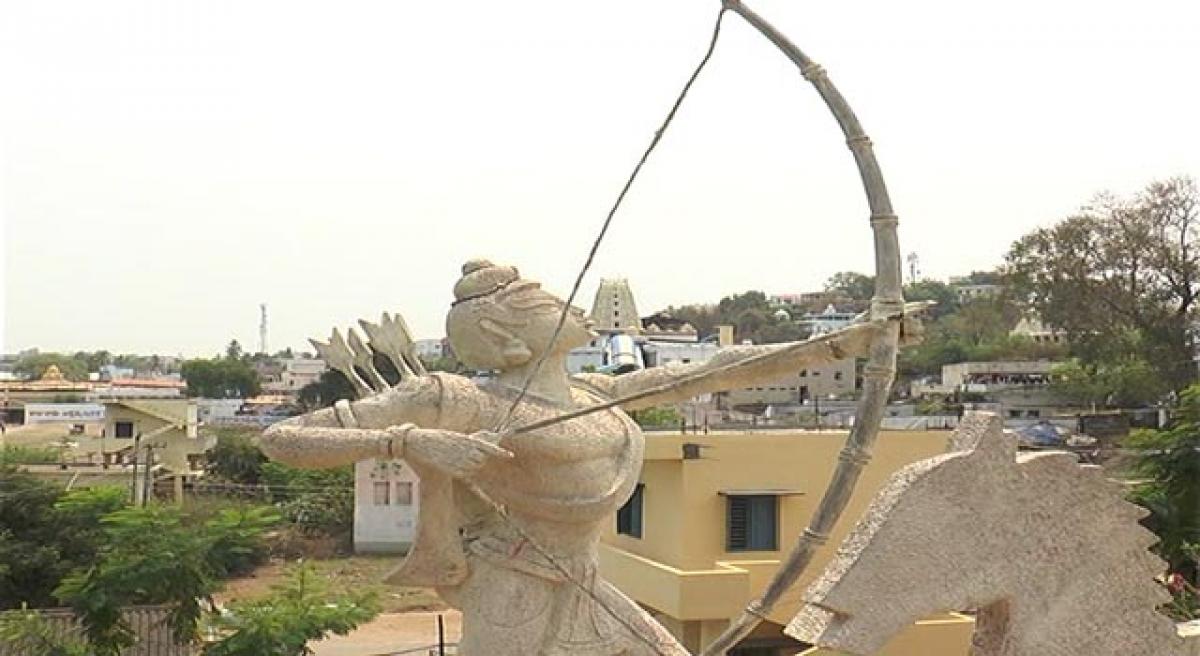 The district which boasts of four towns and 23 mandals, has nationally significant Sponge Iron Unit at NMDC, Paloncha and the Heavy Water Plant at Aswapuram.

Kothagudem: Post districts reorganisation, the Bhadradri-Kothagudem district has become the largest district in the State with 8,062 square km, while the average size of the other districts stands at 3,704 square km.

The district which boasts of four towns and 23 mandals, has nationally significant Sponge Iron Unit at NMDC, Paloncha and the Heavy Water Plant at Aswapuram.

The Sponge Iron Plant, first in southeast Asia, was started in 1978 at Paloncha and commissioned in 1980, followed by second unit in 1985. The installed capacity of the plant is 60 tonnes per annum. Moreover, the engineers and technicians of the plant extended technological support to plants set up in Vietnam and Peru.

Heavy Water plant at Aswapuram was set up in 1980 due to its proximity to Singareni Collieries and availability of plenty of water in Godavari that flows through the district.

The Kakatiya Thermal Power Station at Paloncha is the biggest thermal power plant in Telangana State. Of the total power generation of 4,000 MW, 50 per cent of the demand is met from KTPS. The four-unit station of the KTPS, set up in 1964 with the Japanese technology, produces 240 MW.

In phases, the KTPS has expanded its production capacity establishing B and C stations. The project successfully completed fifth and sixth phases to expand its installed capacity and all the 11 units of the KTPS produce 1,820 MW. The seventh phase of expansion to produce an additional 800 MW is under execution.

Besides, the Bhadradri Power Plant coming up at Chikkudugunta near Manuguru will generate 270 MW once it is commissioned.The Genco officials are confident of successfully executing the thermal project, which hit a road block because of the requirement of environmental clearance after progressing up to the foundation stage.

An airport is proposed to be set up at Punukuduchelaka, which is about 25 km from Kothagudem. The airport would reduce travel time to Hyderabad, Amaravati and Tirupati considerably.

After Nizamabad, Nagarkurnool and Kamareddy, the Bhadradri-Kothagudem district ranked best in terms of area under cultivation. The area under cultivation is about 3.33 lakh acres, including 1.98 lakh cultivated under the ayacut of Chandrugonda, Julurupadu, Tekulapalli and two other medium irrigation projects. Besides, 1.35 lakh acres are cultivated under the ayacut of about 2,850 tanks.

While Paddy is vastly cultivated in Chandrugonda, Julurupadu, Tekulapalli regions, cotton is cultivated in about one lakh acres. The forest cover in the district is spread over 4.76 lakh acres in Gundala, Pinapaka, Paloncha, Illendu, Bhadrachalam and Dummugudem areas.

Of the 11 lakh population of the district, 4.21 lakh are tribals, who reside in Kothagudem, Paloncha and Illendu areas besides Bhadrachalam Agency areas.

The scope for tourism development in the district, compared to other districts, is very high as the district is endowed with many places of tourist interest. Efforts are under way to build tourism budget hotel and the Silparamam at Illendu Cross Roads in the district.

A mining university is on the anvil in the district. The people of the district exude confidence that the district will occupy top place on Telangana map with the development of the proposed Bhadradri-Kothagudem industrial corridor.