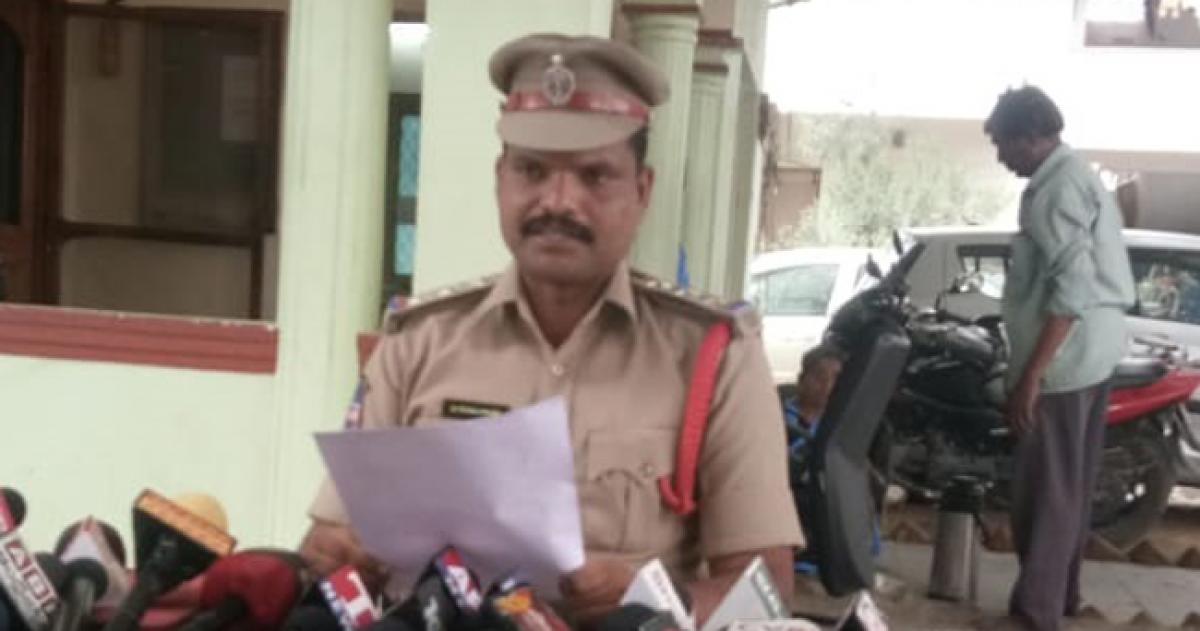 Choutuppal: Police here on Friday arrested nine persons allegedly involved in registration of same plots at Lakkaram village in the name of more than one person.

Choutuppal Circle Inspector of Police Venkataiah paraded the accused in front of the media here. He said the accused took advantage of loopholes in the Revenue records, the culprits registered the same plots in the name of more than one person. The CI said some more accused are absconding and manhunt has been launched for them.