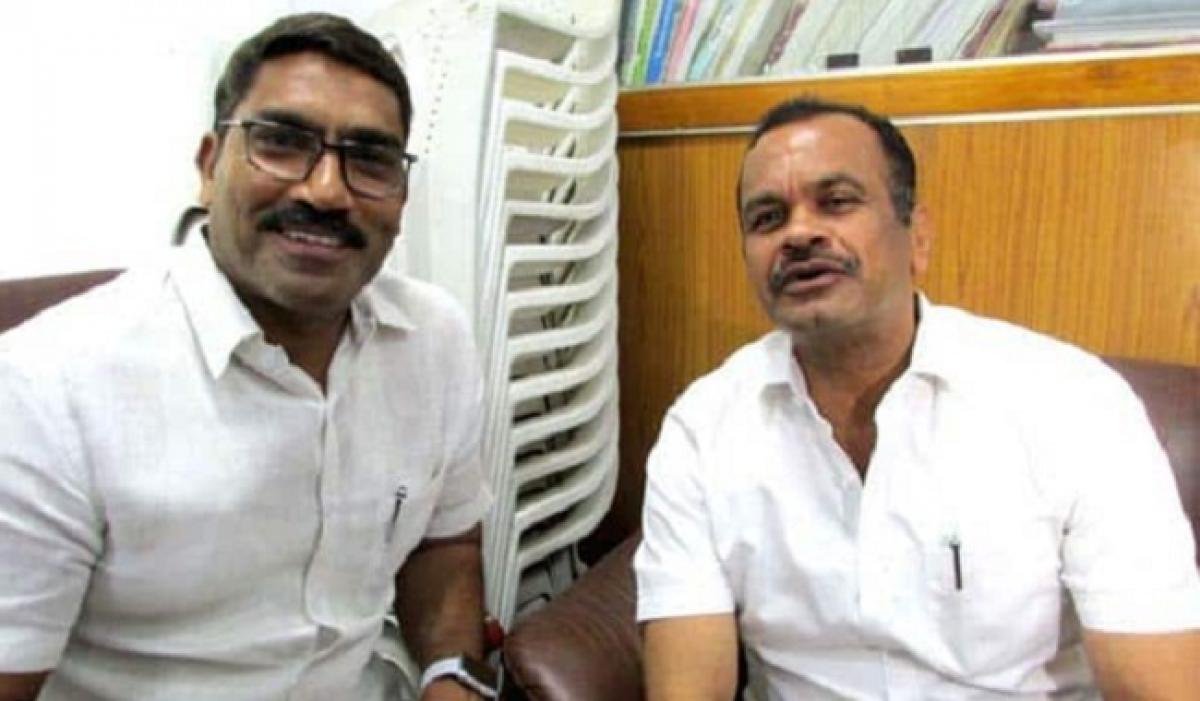 The contempt case filed by Congress MLAs, Komatireddy Venkat Reddy and SA Sampath Kumar will get its verdict today

The contempt case filed by Congress MLAs, Komatireddy Venkat Reddy and SA Sampath Kumar will get its verdict today.

The MLAs urged the High Court to punish the Law Secretary and the Assembly Secretary under Contempt of Courts Act for ignoring the HC’s order of not restoring their legislator posts.

The Congress legislators were expelled from the Assembly in March this year on grounds of unruly behaviour. While a single-judge bench ruled our their expulsions stating that the extreme step was resorted to without following the due procedure, the legislators filed the contempt case when the order was not implemented.

Justice B Siva Sankar Rao of the Hyderabad High Court on Tuesday will pronounce his order in regard to the case.