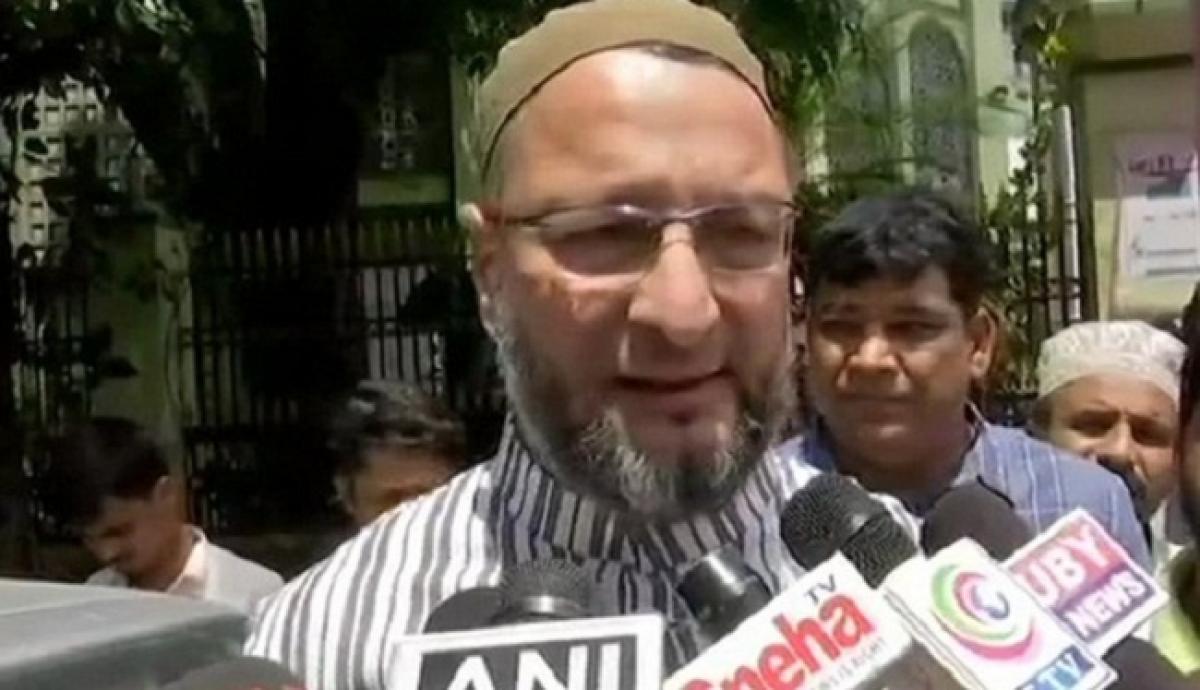 Hyderabad (Telangana): All India Majlis-E-Ittehadul Muslimeen (AIMIM) president Asaduddin Owaisi on Tuesday did not approve the special National Investigation Agency (NIA) court's order of convicting two out of the five accused in the 2007 Hyderabad twin blasts case and acquitting two others.

"Justice has not been done yet," he said.

"It was a very tragic incident for Hyderabad. Lawyer of the acquitted told me that all evidence was circumstantial. Even the eye-witnesses were found one-and-a-half years after the blast. I feel that justice has not been done yet," Owaisi told media here.

The NIA, which has been set up inside Cherlapally Central Jail, will pronounce judgement on one more accused on Monday. All five accused are lodged in the same jail. The quantum of the sentence will be discussed on Monday.

Those convicted are Aneeq Shafeeq Sayeed and Ismail Chaudhary while those acquitted in the case are Farooq Sharfuddin Tarkish and Mohd Sadiq Israr Shaik. Furthermore, two more accused in the case, Riyaz Bhatkal and Iqbal Bhatkal, are absconding.

The simultaneous blasts occurred in Hyderabad in Gokul Chat and Lumbini Park, killing nearly 42 people and injured over 60.