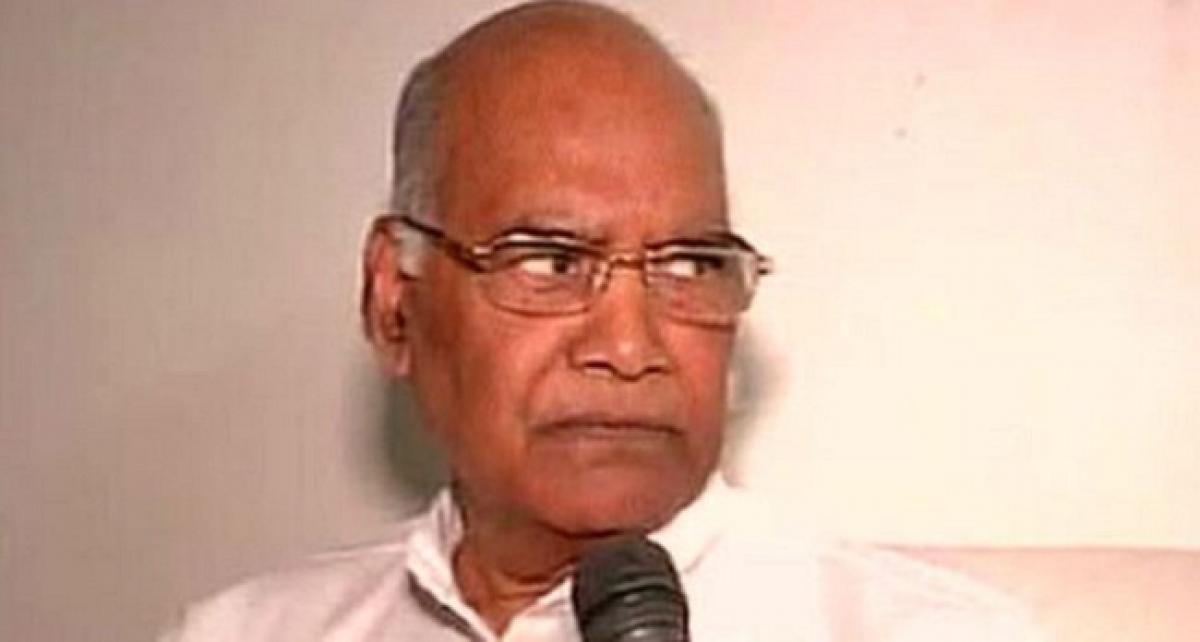 President Ram Nath Kovind on Tuesday expressed sorrow over the death of at least 45 people in a bus accident in Telangana earlier in the day.

"Shocked to learn about the bus accident in Jagtial, Telangana. Thoughts with the bereaved families and those injured. I understand local authorities are making efforts to rescue and help passengers who have suffered," the President tweeted.

Andhra Pradesh Chief Minister N Chandrababu Naidu and his son, Nara Lokesh, also expressed deep shock over the accident and offered condolences to the families of the bereaved.

The incident happened after a state transport bus fell into a gorge near Kondaagattu area of Telangana's Jagitial district. Of the 45 killed, many were pilgrims.

Jagtial Superintendent of Police Sindhu Sharma, while confirming the casualties, said the injured have been admitted to nearby government hospitals and rescue operations were still underway.

Following the accident, Telangana Chief Minister K.Chandrashekhar Rao announced Rs. 5 lakh as compensation to the family members of each deceased.