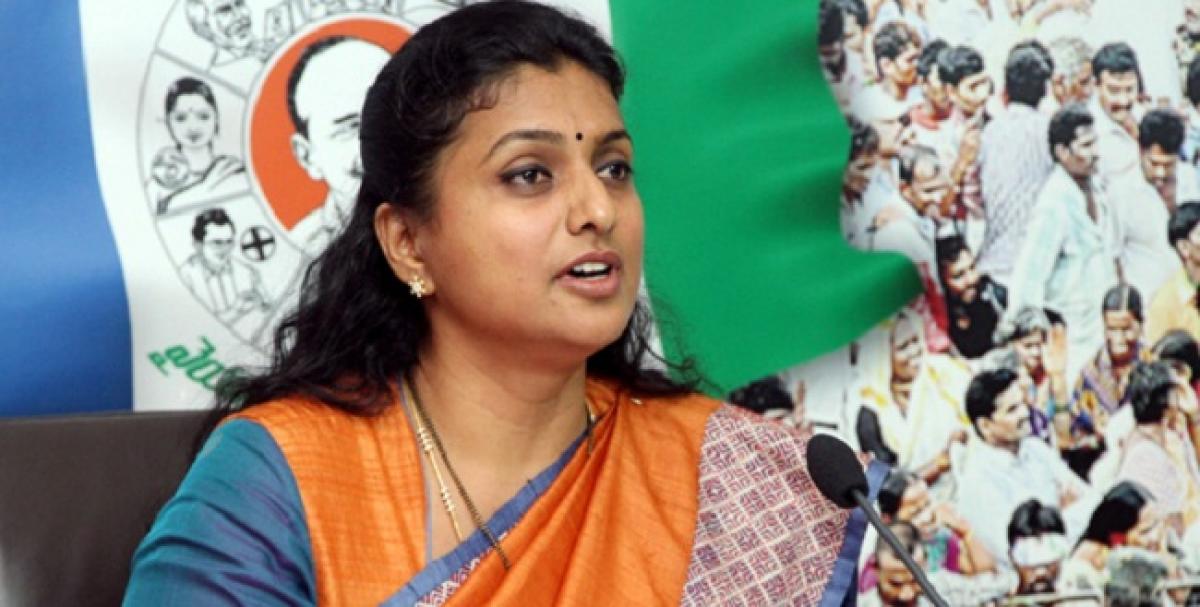 YSR Congress Party senior leader and MLA RK Roja staged novel protest on bad roads in Melapattu village. She planted Paddy saplings as a mark of strong protest against the government's failure in the repair of damaged roads.

She said the roads were turned into canals due to water logging for days together in the remote areas.

The YSR Congress leader held TDP leaders responsible for the present pathetic condition. She also took on Zillla Parishad officials for their neglect in the repair of roads.