They want to build their own empire but we want to empower people: PM Modi's dig at opposition 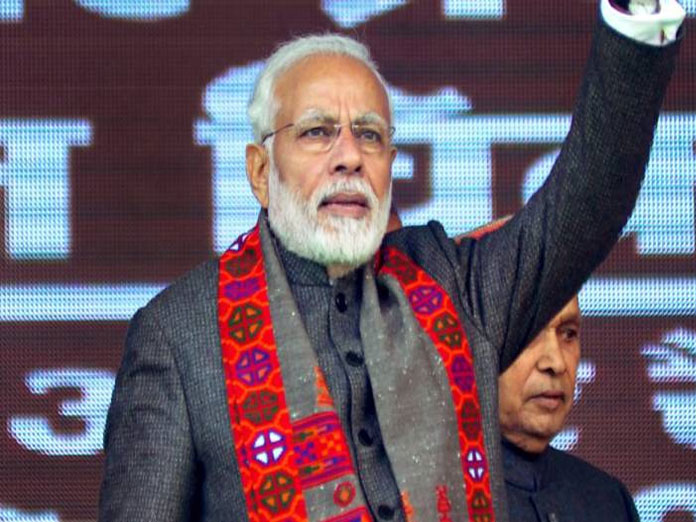 They want to build their own empire but we want to empower people, Narendra Modi said

"They want to build their own empire but we want to empower people," Narendra Modi said.

Taking a dig at opposition parties for their efforts to form a grand alliance against his party, Prime Minister Narendra Modi said on January 13 that the BJP is here to serve the country whereas on the other side there are "opportunistic alliance, dynastic parties".

"They want to build their own empire but we want to empower people," he said.

The alliance against the BJP is a 'short-term' one being done for the benefits of the respective parties, he said.

"Unlike other parties, we are not in politics to divide and rule and for building vote-bank. We are here to serve the country in every way," he said during an interaction with booth-level BJP workers from five parliamentary constituencies in Tamil Nadu.

"The upcoming polls are important for the BJP and the country to further our development agenda," he said.

"On one hand we have our development agenda and on the other, there are opportunistic alliance and dynastic parties," he said, without naming anyone.

Taking a swipe at the opposition, the prime minister asked "if Modi is so bad and government not working, why this alliance (was formed)."

"Shouldn't you be confident about yourself. They know this is a working government," he said about the opposition.

Many sections of society including youth, farmers and women have a "strong bond" with the BJP government, he added.

Modi's comments came a day after the Samajwadi Party and the Bahujan Samaj Party announced their alliance for the coming Lok Sabha polls in Uttar Pradesh in a bid to counter the saffron party.