FIDE will be briefed about state of affairs in Indian chess: V-P Nigel Short 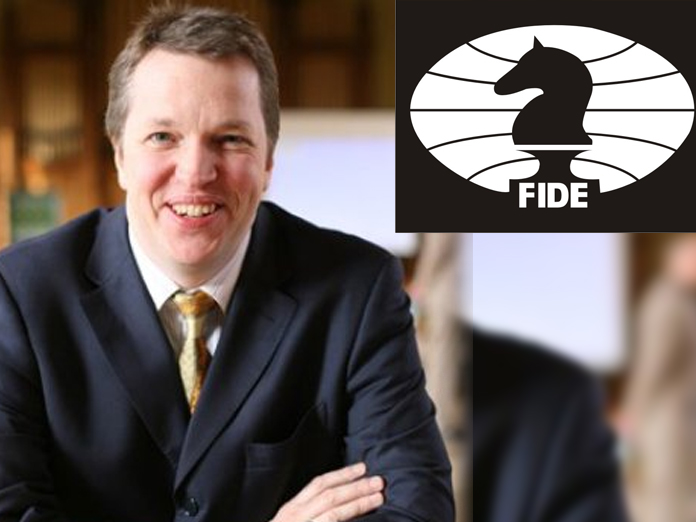 If players are banned for playing chess and several state chess federations are derecognised by the All India Chess Federation AICF then warning bells toll about something being amiss, said global chess body FIDEs VicePresident and chess Grand Master Nigel Short

Chennai, Jan 14: If players are banned for playing chess and several state chess federations are de-recognised by the All India Chess Federation (AICF) then warning bells toll about something being amiss, said global chess body FIDE's Vice-President and chess Grand Master Nigel Short.

The FIDE and its officials will be briefed about the state of affairs pertaining to Indian chess management and perhaps a note may also be submitted to the global chess body, Short added.

Short said FIDE had written to the AICF in December 2018 seeking an explanation on certain issues.

"During my week's stay in India and interaction with different set of people associated with chess, I have a better grasp of status of chess management in India," Short told IANS over phone from Mumbai on Monday.

"There several cases that AICF is fighting. It is still worrying that the AICF has been involved with, and continues to be involved with, so much litigation. There is a clear warning bell that something is amiss in AICF. A well governed body will not have so many court cases," Short said.

Stressing that FIDE has a policy of non-interference in the activities of national chess federations like the AICF he added: "If players are banned for playing chess and if a federation wants to control every aspect of chess, then it is a concern for us (FIDE). We will do something for that."

"I met officials of various corporates who sponsor chess. It was clear that there is clear enthusiasm to support chess. It is also clear that they have great deal of dissatisfaction with AICF and don't want to deal with court cases," Short said.

"My India trip is to promote chess, meet sponsors and also a fact finding one. I have not met anyone in AICF. Somebody else from FIDE may meet AICF officials later," Short said.

The new President of FIDE Dvorkovich co-opted Short as vice-president.

"The previous management at FIDE didn't hold chess players in high esteem. People looked at chess players as performing monkeys. I had to support myself and my family and hence had to continue playing chess," Short remarked.

Queried whether he is going to be the white knight for Indian chess players he said: "I am not a white knight. But I wanted to gather information."

India, one of the top chess playing nations in the world, attracted FIDE's attention for a different reason last year.

In July 2018, the Competitive Commission of India (CCI) held that the undertaking prescribed by the AICF for players regarding non-participation in events not authorised by it amounts to restraints that are in the nature of exclusive distribution and refusal to deal as defined in Section 3(f) and 3(4)(d) of the Competition Act 2002.

The CCI said the non-compliance of such undertaking will result in banning of players and removal of their Elo rating, create entry barriers, foreclose competition and restrict opportunities available to chess players.

"The said restrictions are likely to have appreciable adverse effect on competition in terms of factors contained in Section 19 (3) of the Act. The Commission is thus, of the view that AICF has contravened Sections 3(4)(c) and 3(4)(d) of the Act read with Section 3(1) of the Act," the order said.

As per the CCI order, the complainants alleged that the AICF also removed the ratings of 151 chess players on that ground.

According to the CCI order, the investigation has revealed that there were other instances of the AICF restricting players who had participated in events not recognised by the AICF.

In November 2018, AICF attracted CCI ire for not complying with its July 2018 order directing it to lay down the process and parameters governing authorisation/sanctioning of chess tournaments. In doing so, the AICF will ensure that they are necessary to serve the interest of the sport and shall be applied in a fair, transparent and equitable manner.

"I believe India has potential to dominate chess like Russia did in the 20th century. That is not a fantasy. That could easily happen. India is a strong chess nation," Short said.