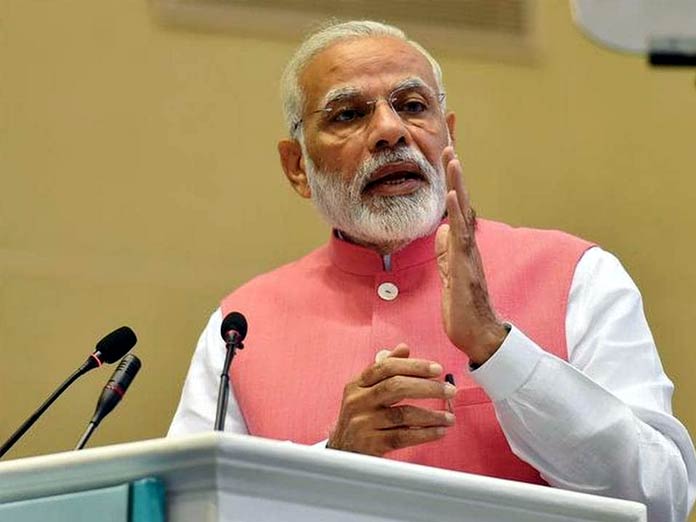 Prime Minister Narendra Modi has claimed he used to spend days reflecting alone in the jungle, in a new interview seeking to burnish his religious credentials as tough elections loom

Prime Minister Narendra Modi has claimed he used to spend days “reflecting” alone in the jungle, in a new interview seeking to burnish his religious credentials as tough elections loom.

Mr. Modi, who secured a landslide poll victory in 2014, has long touted his remarkable backstory that saw him rise from humble origins as the son of a tea seller to become the country’s devout Hindu leader.

Mr. Modi shared further details of his hardscrabble life on Tuesday, telling the popular Humans of Bombay Facebook page that he regularly left home to seek solitude during the Hindu festival Diwali.

“Not many people know this, but I would go away for the five days... somewhere in a jungle,” Mr. Modi said.

“I would pack enough food to last for those five days. I would reflect... People often asked me, 'Who are you going to meet?' And I would say, 'To meet myself'.”

Mr. Modi also spoke candidly about his early life, saying he grew up with “a great need to look sharp and groomed” despite his family's meagre earnings.

“Even though we couldn't afford an iron, I would heat some coal, use an old 'lota' (rounded vessel)... This was the beginning of everything that I am today and I didn't even know it at the time,” he said.

Mr. Modi has used his simple origins to contrast himself with Rahul Gandhi, the scion of the Nehru-Gandhi dynasty that has dominated Indian politics for decades, who is leading a resurgent opposition to polls expected by May.

The prime minister has been a champion of Hinduism and Indian culture, last year publicising the yoga exercises he said were key to his fitness regimen.

But Tuesday's interview drew a mixed reaction from readers, with praise for Mr. Modi's “inspiring” story tempered by critics.

“I thought this platform was for genuine people and genuine stories. Why the sudden need for this political propaganda,” wrote one user.