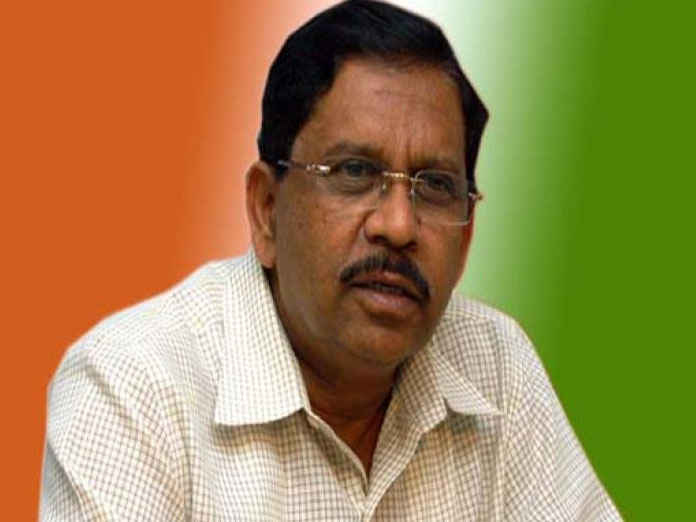 Ganesh and Anand Singh had reportedly entered into brawl at Eagleton Resort on city outskirts where Congress MLAs were herded together.

"Police are searching for Ganesh to arrest him. Already he has been suspended from the party. Further, a committee headed by me has been formed to inquire into the matter and furnish a report to the party high command," Parameshwara said.

He was talking to reporters after meeting Infosys founder N R Narayana Murthy at the BDA head office.

Murthy had called on Parameshwara to chalk out plans to improve his 'alma mater' – National Institute of Engineering at Mysuru.

He also gave some suggestions on improving the city.

Ganesh and Anand Singh had reportedly entered into a brawl at Eagleton Resorts on the city outskirts where the Congress MLAs were herded together amid allegations of BJP's attempts to poach Congress MLAs.

Anand Singh, who suffered two fractured ribs and a fracture in the bone below the right eye in the fracas, is presently undergoing treatment at the Apollo Hospital in the city.