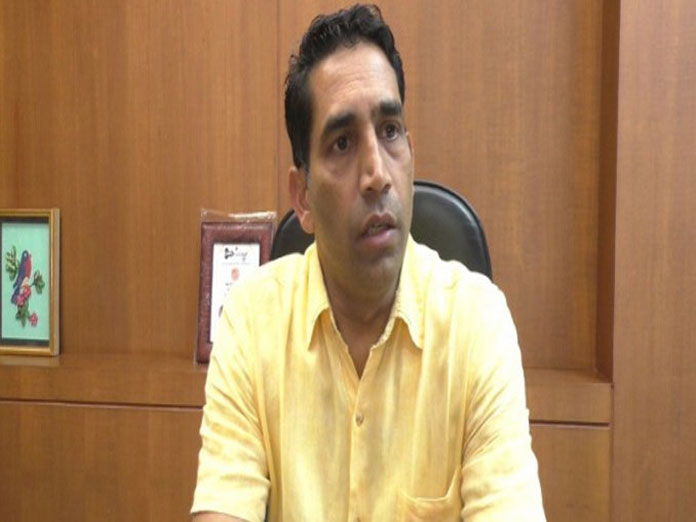 The MGP is a constituent of the Bharatiya Janata Party-led Goa government.

Speaking to reporters here on Sunday, Gaude, who is an Independent MLA and belongs to a prominent Scheduled Tribe community, said that the MGP, especially its top leaders, including his Cabinet colleague and Public Works Department Minister Sudin Dhavalikar, a Brahmin by origin, would lead the people of Goa to "hell".

"All these dogs are barking behind my back and backstabbing me. I challenge them to come and do it in front of me. Don't send your dogs to interact with me or ask them to talk behind me," Gaude said, when asked to react to an ultimatum given by the MGP to Chief Minister Manohar Parrikar to sack him within four days for verbally abusing Dhavalikar at a Cabinet meeting on January 24.

"I am a tiger over here. After seeing the tiger, the dogs are barking from a distance... People who are slaves and ghulams of Dhavalikar brothers are only barking," Gaude said.

Gaude and the MGP-led by Sudin and his brother Deepak, who is the state MGP president, ran a bitter campaign against each other in the 2017 state assembly elections, which often spilled onto casteist lines.

But both ended up as Cabinet colleagues under Parrikar's leadership.

Bickering within the BJP-led coalition is commonplace, but Thursday's bitter exchange in Parrikar's presence attracted more attention with eyewitnesses suggesting that both the ministers almost came to blows.

Gaude, however, said that the MGP, which on Saturday gave Parrikar a four day deadline to drop him (Gaude) from the Cabinet, is only making a "stunt" out of the goings on in the state Cabinet and that he did not abuse Dhavalikar.

Gaude said that he is being targeted because of a turf battle between him and the MGP over his assembly constituency of Priol, which was formerly represented by the MGP.

"The MGP is scared of me because I have done a lot of development in Priol constituency...I would only appeal to the people of Goa. Beware of these people. These people will take Goa to hell," he said.