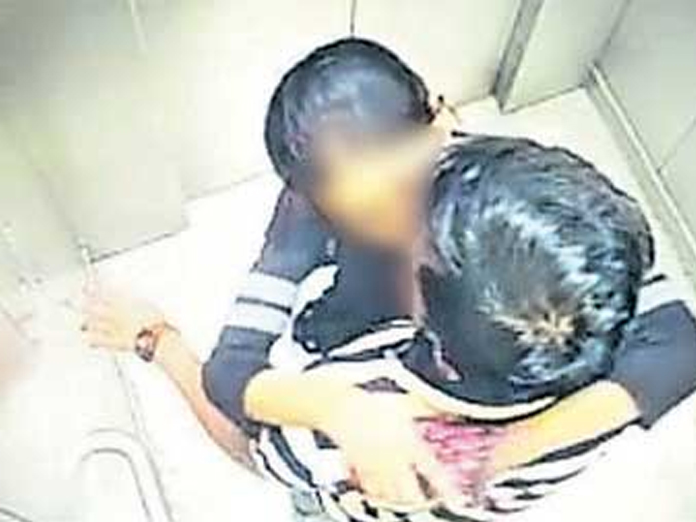 Lovers caught smooching each other in a lift at a Hyderabad Metro station. The act which was recorded in the CCTVs is now going viral on social media circles.

The entire metro station will be under CCTV surveillance and it is being watched at Command Control Central at Uppal. The metro authorities have already put up a few boards in the metro stations to maintain sobriety. However, a probe has been ordered into it, said HMR managing director NVS Reddy.