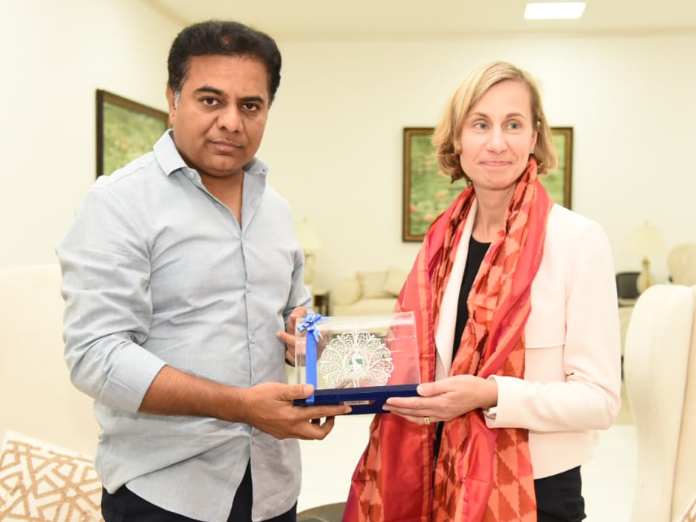 The Canadian Consul General met Rama Rao at his camp office at Begumpet on Monday. Rao said that Telangana has achieved remarkable progress in many sectors during last four years. Girard congratulated Rama Rao on his party's success in the last elections. She sought to know about the priorities of the government.

Rao said that his government would give top priority to the welfare and development activities particularly to the sectors like industries and agriculture. He said that the government had brought innovative schemes in the agriculture sector. Rao said that if the Canadian authorities can directly deal with the States, the business relations would further strengthen.