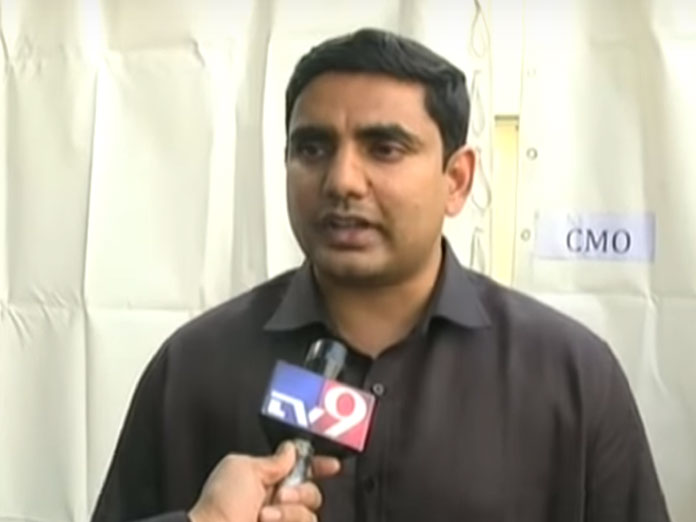 New Delhi: Andhra Pradesh IT Minister Nara Lokesh reacted to the comments made by PM Narendra Modi during his visit to Guntur on Sunday.

Speaking to media he said that everyone thought that PM Modi will make some announcement regarding the special status, but surprisingly he made allegations on me.

Regarding the allegation charges against him, for nearly 10 times now he has thrown the challenge to them to prove the charges.

Minister questioned Modi that when the government is in your hands why you are not able to prove the allegations against him? He said that Modi should give an answer to the allegations which he has made.

Lokesh commented that without fulfilling the bifurcation act promises, with what face Modi has entered into the state.

If we are corrupt then why good governance award was given to TDP government?, Is it not the central government which is led by Modi has given 650 awards to AP? Lokesh questioned.