Bajrang Dal marries off couple on Valentine's day in Hyderabad 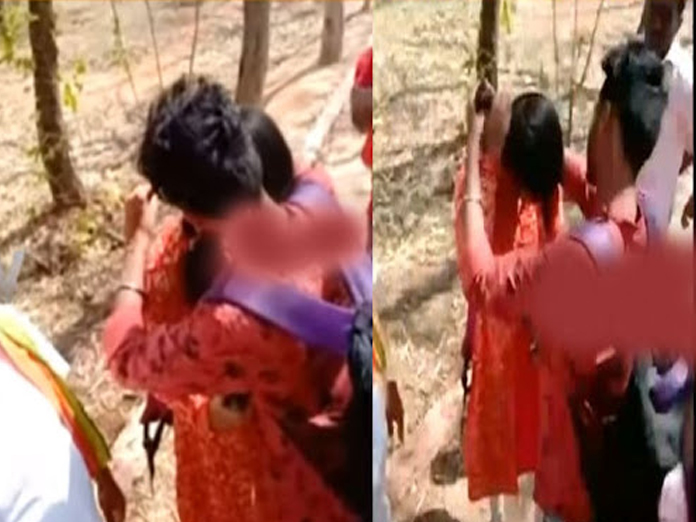 Bajrang Dal men married off a couple on Valentine's day here at Kandlakoya park in Medchal. The people who saw the couple in the park forced them to marry and sent them to their home.

"We are going against the pub culture and Valentine's day which are not a part of our Hindu culture and traditions," said the Bajrang Dal men after performing the marriage.

They have already warned the couple that they will be getting married if found celebrating the V-day. Bike rallies also being held in the city warning the pubs and restaurants not to celebrate the day.

On the other hand, the Medchal police registered a case on the Bajrang Dal activists after the picture went viral on social media.