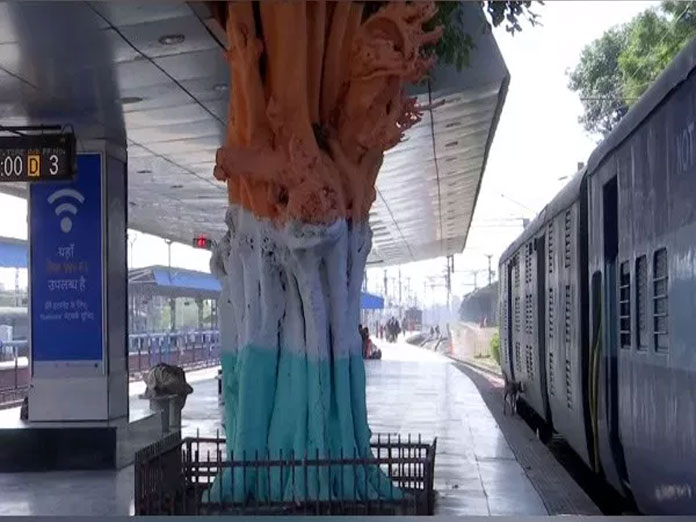 ​Chandigarh: Environmentalists have pulled up officials of the Chandigarh railway station for painting trees within the vicinity and causing “irreversible damage” to the trees.

While several trees painted in tricolour were seen around the railway station in the city, environmental experts have expressed concerns that the move can damage trees as the paint contains harsh chemicals.

“Painting trees in Tricolour is absolutely not good, especially the usage of oil paints. Even if it’s the national flag, it is devouring the trees,” an expert told ANI. “The cells of the trees are eventually going to be damaged; it will also destroy its root system, this cannot be beautiful. In the case of tall trees, the damage may be witnessed late, but in case of small boroughs, the damage will be immediate.”

The environmentalist further said that the forest department has made no guidelines to save trees. “People come to this city to enjoy scenic greenery, not buildings. However, we are destroying the greenery,” he added.

In December last year, an initiative was first carried out by the Residents Welfare Association (RWA) of Sector 49-D, Chandigarh, who painted over 250 trees in tricolour.