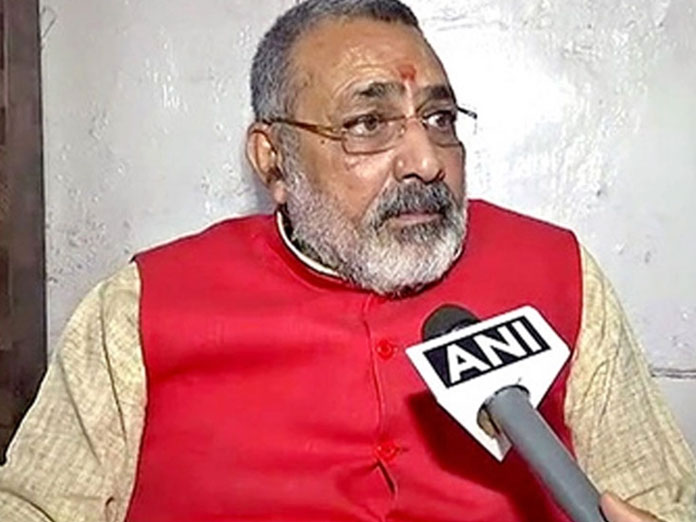 “In Pakistan, there are talks of ghazwa-e-hind, which means ‘Islamikaran’ of India (spread of Islam) and have gained momentum after Pulwama attack. Unfortunate that in India, people like Naseeruddin Shah and Kamal Haasan has become agent of those who talk of ghazwa-e-hind,” Singh said.

In the recent past, both Shah and Haasan faced intense criticism for their remarks on mob lynching and other issues, however, the duo later issued clarifications over the same. This came after Haasan on Sunday called for a plebiscite in Kashmir and questioned the government as to what they are ‘afraid of’.

Referring to Pakistan occupied Kashmir (PoK) as ‘Azad Kashmir’, he said: “In Azad Kashmir, they are using Jihadis’ pictures in trains to portray them as heroes. That is a foolish thing to do. India too behaves with an equal amount of foolishness; it is not a correct thing to do. If we want to prove that India is a far better country then we should not behave like this. That is where politics begins, a new political culture begins.

Talking at length about Kashmir and problems plaguing in the region, Haasan said that if India and Pakistan behave well, the Line of Control (LoC) will be under check.

While Shah’s comments came in the form of a 2.14-minute video uploaded by the Amnesty India on its official Twitter handle in January. In the video, Shah is heard alleging that artists and actors were “being stifled” and “journalists being silenced.” Speaking in Hindi, Shah said, “In the name of religion, walls of hate are being erected. Innocents are being killed. The country is awash with horrific hatred and cruelty.”

He goes on to allege that “those who stand against this injustice are having their offices raided, their licenses cancelled, their bank accounts frozen, their voices silenced.”

Last year, Shah had triggered a controversy by his comments made in a video. “At many places, the death of a cow is being given more importance than the killing of a policeman. I feel anxious for my children because tomorrow if a mob surrounds them and asks, ‘Are you a Hindu or a Muslim?’ they will have no answer. It worries me that I don’t see the situation improving anytime soon,” the actor had said then.