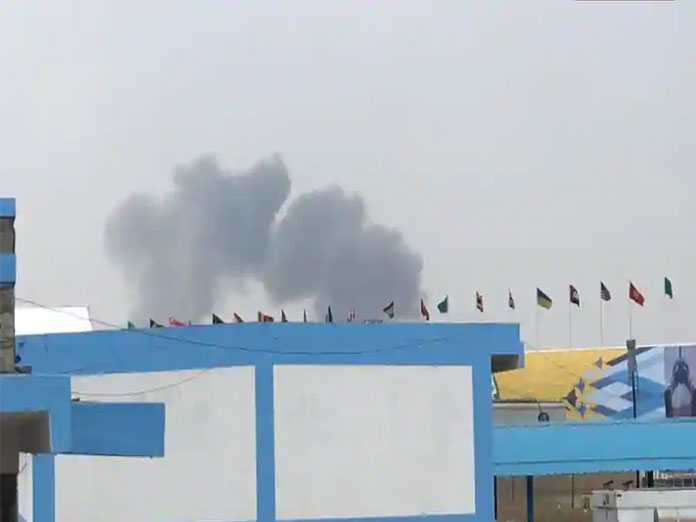 Two Surya Kiran aircraft crashed at the Yelahanka airbase here on Tuesday while rehearsing for the Aero India 2019 air show, an official said

"Two pilots were airlifted soon after the crash," an airbase official told IANS.