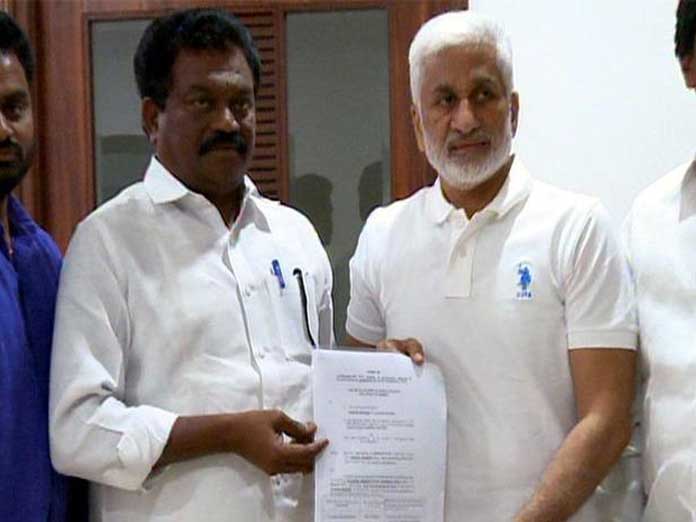 Hyderabad: YSR Congress Party BC leader Janga Krishnamurthy has received the B-form from the party on Thursday in Hyderabad.

During YSRCP BC Garjana in Eluru, YS Jagan Mohan Reddy has announced Janga Krishnamurthy as their party's candidate for the upcoming MLC elections under MLA's quota in the state.

The YSRCP Rajya Sabha Member Vijayasai Reddy has given the B-form to Janga Krishnamurthy and on 25 February he is going to file the nomination papers at Amaravati.

Moreover, EC has released the election notification for the MLC posts for five seats each in Telangana and AP on Thursday.

The date for Scrutiny of Nominations: 1 March

Date before which election shall be completed: 15 March