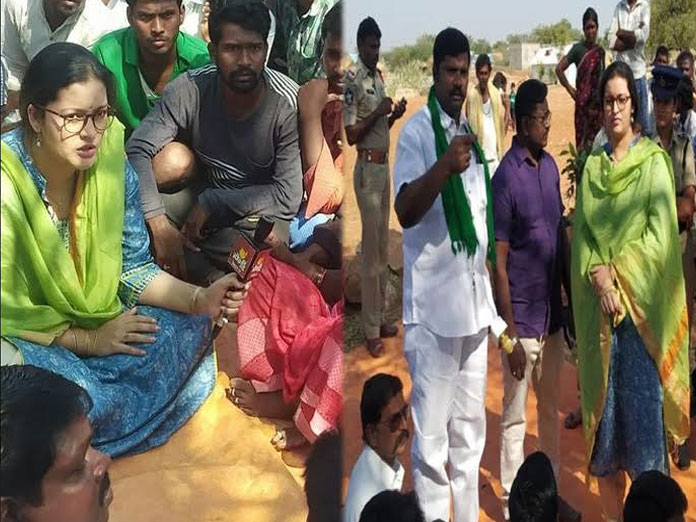 ​Kurnool: After many years Pawan Kalyan and his ex-wife Renu Desai were seen together..seen together means not on the single platform..but separately at the same place.

As part of Rayalaseema tour, the Jana Sena party chief Pawan Kalyan is on three days visit to Kurnool. During the first day, he was busy with road shows, he also slammed the ruling and opposition parties in the public meetings.

On the second day, PK visited Kodumur, Yemmiganur, Adoni where he participated in the public meetings and interacted with the farmers and students.

In this meanwhile, the party leaders were shocked to see Pawan Kalyan's ex-wife Renu Desai in the district..that to as a Sakshi TV anchor.

She was in the district to console the families of the farmers who have committed suicide in the surrounding villages of Mantralayam in the district.

The speculation are in fill swing that in order to put a check to Pawan Kalyan, the YSR Congress party has launched her into the election battlefield.

On seeing Renu Desai as Sakshi TV anchor..everyone thought that it's the YSR Congress Party's sketch.

By holding Sakshi TV logo, she interacted with the family members of the farmers..asked about their wellbeings. The political analysis are assuming that as Rayalaseema is a stronghold for YSRCP and in order to put off the impact of Jana Sena this sketch has been planned out.