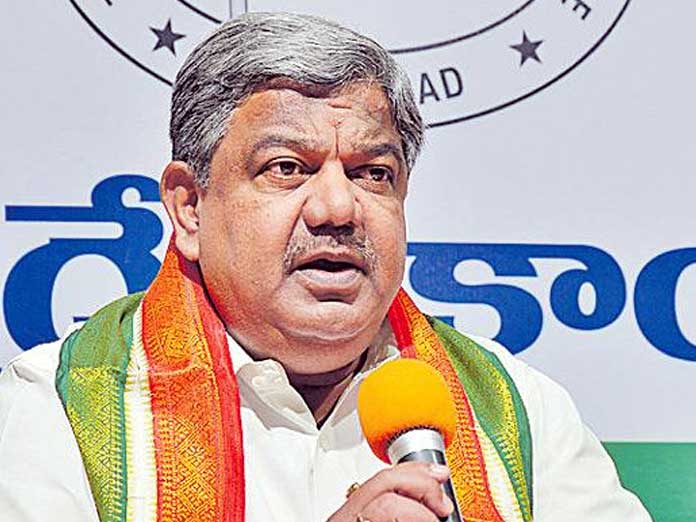 Gudur Narayana Reddy, in a media statement on Monday, ridiculed KTR's contention that two Congress MLAs Athram Sakku and Rega Kantha Rao were joining TRS as they were impressed with the policies of Chief Minister K. Chandrashekhar Rao. He said the same leaders had won elections by criticising KCR and his family less than 100 days ago. They were elected by the people in their constituencies to fight against the anti-people policies of KCR family and his regime. "Did these MLAs got some spiritual revelation overnight asking them to join 'KCR bhajan mandali'?" he asked.

The Congress leader said although it was common for the leaders to change political parties, the switch over become controversial when they do so to sell their votes. "Except for the votes which they would exercise to elect MLCs on March 12, they have no other value before KCR. TRS has actually purchased the opposition MLAs only to make use of their votes. Once the elections are over, they would be dumped in Pragathi Bhavan's storeroom," he alleged.

Gudur Narayana Reddy said the TRS was openly violating the Constitution and exploiting the flaws in anti-defection law. "MLCs who defected to Congress were immediately disqualified, but no action has been taken against Congress MLCs who joined TRS. Talasani Srinivas Yadav, who was elected as TDP MLA, had served as minister for more than a year with the Speaker not taking a decision on his resignation. It is highly shameful that KTR is trying to defend this misuse of law and abuse of power," he said.

"TRS is like a leech which survives on other parties and KCR is a fabricated leader who believes in purchase of leaders than creating his own. Congress is a factory that generates leaders at all levels in wholesale. KCR survived his last term by predating on over 25 MLAs and over a dozen MLCs of other parties. Despite winning 88 seats in Assembly elections, the fear of a possible revolt is forcing him to buy some more MLAs from other parties to fortify his fiefdom. Congress has a long history of fighting with power hungry and leech-natured opponents and it has always emerged victorious. Congress will emerge a winner in the long run," said Gudur Narayana Reddy.