DMDK-AIADMK alliance decision for 2019 polls to be announced soon 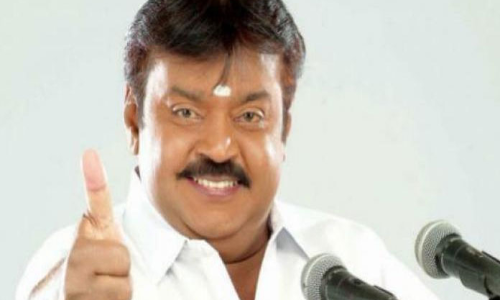 Hinting at a possible poll pact with the AIADMK for the coming Lok Sabha elections, the DMDK on Thursday said a decision would be arrived at in a couple of days

Chennai: Hinting at a possible poll pact with the AIADMK for the coming Lok Sabha elections, the DMDK on Thursday said a decision would be arrived at in a couple of days.

"Yesterday you know we had held talks at a private hotel...we will inform in a couple of days the number of seats and segments," he said.

Sutheesh, a brother-in-law of DMDK founder Vijayakanth, said though the party had started off its alliance talks with the BJP, the latter informed them that the coalition in Tamil Nadu will be led by the AIADMK.

Subsequently, DMDK was 'late' in initiating the talks with the AIADMK, even as the ruling party sealed its poll pact with the PMK, he said.

"Our regret is that we could have signed the seat-sharing agreement along with PMK," Sutheesh said, adding this had been conveyed to both BJP and AIADMK.

His colleagues Ilangovan and D Murugesan had met DMK leader Durai Murugan on Wednesday for their "personal work" which was reported in the media as DMDK taking forward alliance talks with that party, he said.

Incidentally, Duraimurugan had given a spicy turn to the protracted delay in conclusion of the AIADMK-DMDK talks, saying that the DMDK sought accommodation in his party-led alliance.

"I told them (DMDK) that there are no seats left to offer," he had said.

The DMDK functionaries who met Duraimurugan had also maintained on Wednesday that they did so for a "personal" reason.

Taking a jibe at Duraimurugan, Sutheesh said he had made some "unsavoury" remarks about the DMK "leadership" with him.

"But I will not reveal what he said," he said.

DMK was also not concerned about "anything in Tamil Nadu," he added.

Responding to Sutheesh's comments, Duraimurugan said the DMDK seemed to be "under some pressure" on the alliance.

"They are making such statements to protect themselves. I don't even know Murugesan and what has he got to discuss with me other than alliance," he said.