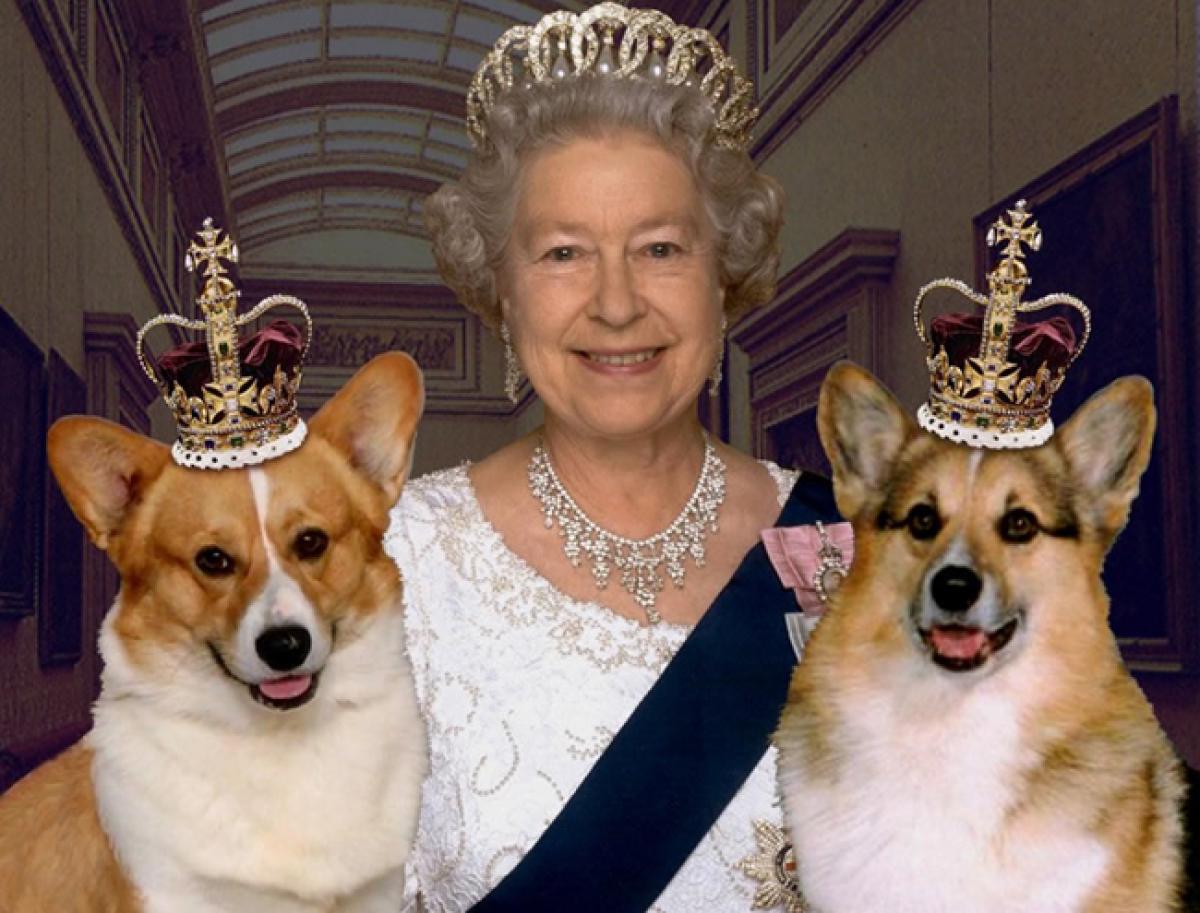 Britain\'s Queen Elizabeth II is known for her love for her dogs and today it has emerged just how much.

London: Britain's Queen Elizabeth II is known for her love for her dogs and today it has emerged just how much.

An animal psychologist and behavioural therapist who has worked with the royal household for years has said that the British monarch's dogs are treated like royalty, with individually designed menus of steak, rabbit or chicken, served on silver trays.

Each of the dogs also receive their fancy meals in strict order of seniority.

"At feeding times, each dog had an individually designed menu, including an array of homeopathic and herbal remedies."

"Their food was served by a butler in an eclectic collection of battered silver and porcelain dishes," Dr Roger Mugford writes in a special edition of 'Town & Country' magazine to mark the Queen's 90th birthday on April 21.

"As I watched, the Queen got the corgis to sit in a semi-circle around her, and then fed them one by one, in order of seniority. The others just sat and patiently waited their turn," he said.

The Queen has owned about 30 of the dogs over the years, breeding them from her first, Susan, given to her as an 18th birthday present by her father, George VI, and mother, Queen Elizabeth.

As young princesses, she and sister Margaret invented the "dorgi", by cross breeding her corgi Tiny with Margaret's dachshund Pipkin.

The Queen owns two corgis - Holly and Willow and two dorgis -Candy and Vulcan and they follow her around everywhere from Buckingham Palace to Windsor Castle or when she is in her Scottish retreat of Balmoral Castle.

In reference to the Queen's love of animals, Dr Mugford notes: "The Queen has definite views about how dogs should be cared for: she doesn't tolerate unkindness, and I remember she took a very dim view of President Lyndon B Johnson picking his dogs up by their ears".

"When she's talking about her dogs or her horses you see a completely different side to her: she relaxes. Dogs are great levellers, and they're not influenced by social status, which must be a great relief to her," he said.

No wonder she enjoys being around them. Mugford shares his secrets of the royal dogs in the spring issue of quarterly magazine, which goes on sale on Thursday.

The edition will include a portfolio of rarely seen photographs from her reign, as well as the recipe for grandson Prince William's favourite chocolate cake.