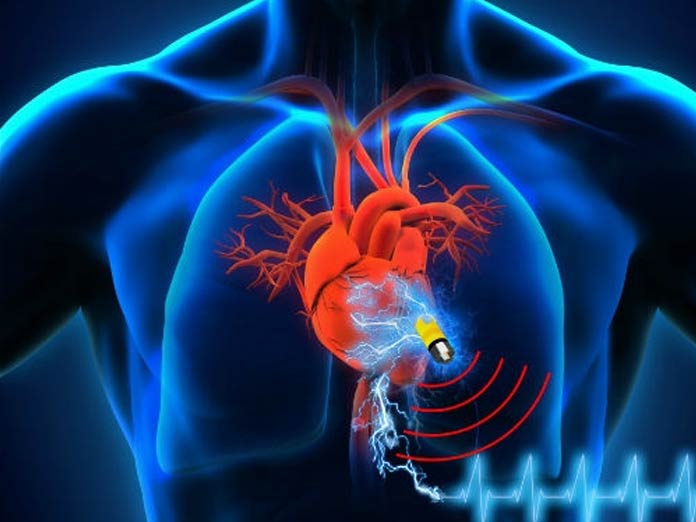 Washington: Scientists have develop a dime-sized device to capture and convert the kinetic energy of the heart into electricity to power a wide-range of life-saving implantable devices such as pacemakers.

The heart's motion is so powerful that it can recharge devices that save our lives, said researchers from the Dartmouth College in the US. Millions of people rely on pacemakers, defibrillators and other live-saving implantable devices powered by batteries that need to be replaced every five to 10 years, they said. Those replacements require surgery which can be costly and create the possibility of complications and infections, according to the study published in the journal Advanced Materials Technologies. "We are trying to solve the ultimate problem for any implantable biomedical device," said John X J Zhang from the University of Texas in the US.

"Of equal importance is that the device not interfere with the body's function," said Lin Dong, a research associate at Dartmouth. "We knew it had to be biocompatible, lightweight, flexible, and low profile, so it not only fits into the current pacemaker structure but is also scalable for future multi-functionality," Dong said. The team proposes modifying pacemakers to harness the kinetic energy of the lead wire that is attached to the heart, converting it into electricity to continually charge the batteries.

The added material is a type of thin polymer piezoelectric film called "PVDF" and, when designed with porous structures -- either an array of small buckle beams or a flexible cantilever -- it can convert even small mechanical motion to electricity. The same modules could potentially be used as sensors to enable data collection for real-time monitoring of patients, researchers said. "We have completed the first round of animal studies with great results which will be published soon," said Zhang. "There is already a lot of expressed interest from the major medical technology companies," said Andrew Closson, one of the study's authors.