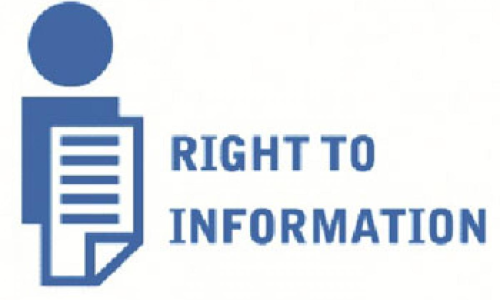 One Veena Kohli sought information about a Court of Inquiry held in an army unit in Jammu and Kashmir. During April 2006, late Captain Sumit Kohli, the son of Veena, was serving with the 18 Rashtriya Rifles in J&K. On 30th April 2006 at about 1520 hours, a sound of burst fire from an automatic weapon was heard from the quarters of Captain Sumit Kohli.

One Veena Kohli sought information about a Court of Inquiry held in an army unit in Jammu and Kashmir. During April 2006, late Captain Sumit Kohli, the son of Veena, was serving with the 18 Rashtriya Rifles in J&K. On 30th April 2006 at about 1520 hours, a sound of burst fire from an automatic weapon was heard from the quarters of Captain Sumit Kohli.

He was found slumped in a chair with his head hanging down and one AK-47 Rifle lying alongside the chair. He was found dead. The incident was reported to the civil police who, after investigation, concluded that the death of Capt. Kohli was due to a self- inflicted injury and was, therefore, a suicide. It is stated that the matter was also investigated by a Court of Inquiry under the Rule 177 of the Army Rules.

Veena sought copies of the FIR, ballistic report, post-mortem report, inquest proceedings, forensic report, hystopathological report etc. The government took the stand that such information was held by the J&K police during the course of their investigation and that the said police authorities were not obliged to furnish such information under the RTI Act "as the said Act is not applicable to the State of Jammu and Kashmir.” The Central Public Information Officer (CPIO) rejected the request, saying that in terms of the Rule 184 of the Army Rules, the respondent is not entitled to the report of the Court of Inquiry as she was not subject to the Army Act.

First appeal and complaint were filed simultaneously. On 3rd February 2009, the Central Information Commission (CIC) did not agree with contention of the government that the RTI Act could not apply to the central government establishments within the State of J&K only on the basis of Section 1 (2) of the RTI Act. It was held that "Central government establishments, wherever located, would squarely come under this Act and cannot get exemption merely because they are located in some areas of the country to which this enactment does not extend." The CIC directed the authorities to provide the information within 15 days of the receipt of the order.

The Writ Petition (C) No. 7604 of 2009 was filed by the Union of India challenging the order of CIC to provide information to Veena Kohli about a Court of Inquiry held in an Army Unit located at J&K. CIC held: “In case the said Court of Inquiry proceedings contain any information which, in the opinion of the Public Authority, has implications for India’s security, such information need not be disclosed as exempted under Section 8(1)(a) of the Act, but only after the CPIO clearly states so in a reasoned order." The Delhi High Court in 2009 stayed the operation of the impugned order. It is pointed out that the purport of Section 1(2) is clear that for the State of J&K, the central enactment, i.e., the RTI Act would not apply. It is stated that the State of Jammu and Kashmir has its own RTI Act.

In another case Akansha Lal submitted an application on 27th November 2008 to the RTI Cell, Army Headquarters, seeking inter alia an attested copy of the complete Court of Inquiry proceedings instituted against her husband Major General A K Lal, VSM, in respect of the complaint made by one woman officer that she was sexually harassed by Major General Lal. Akansha Lal also sought a copy of the findings of the inquiry held to investigate the complaint of sexual harassment, an attested copy of the dak register, disciplinary case files of her husband held with HQ 14 Corps, HQ Northern Command, statutory complaint file etc.

It may be mentioned here that the husband of the respondent was at the relevant time serving as the General Officer Commanding (GOC) 3 Infantry Division in the State of J&K. On 27th March 2009, the CIC held: "This is a clear misinterpretation of the provisions of Section 1 of the Right to Information (RTI) Act.

This law does not extend to the State of Jammu and Kashmir implying that the public authorities of that State Government would not be governed by this law. It also does not mean that the Central government public authorities located within the geographical limits of that state would be outside the purview of this law." The CPIO was directed to give the information. Delhi High Court stayed this order also.

The idea behind this is that there should be a separate enactment providing for the right to information in the State of J&K. This, by no stretch of imagination, can mean that where the offices and establishments of the central government, including the army, are located in the State of J&K, no application can be made under the RTI Act to such offices and establishments under the RTI Act to seek the information held by them.

Further, the mere fact that army personnel are in the State of J&K does not preclude such personnel or their relatives, as the case may be, from seeking information concerning themselves through an application made under the RTI Act to the Army.

Justice S Muralidhar of Delhi High Court agreed with the CIC view that the petitioner has proceeded on a misinterpretation of Section 1(2) of the RTI Act. In both these cases, it was erroneous on the part of Union to contend that the information pertaining to the son and the husband of the two respondents, respectively, cannot be provided as it pertains to events that transpired in the State of J&K.

Delhi High Court directed that order of the CIC in each case shall be complied with. The Court also ordered to pay Rs 5,000 each to the RTI applicants. (Decision of Delhi High Court in Union of India & Anr. vs Mrs. Veena Kohli on July 28, 2010)

By:Madabhushi Sridhar
Show Full Article
Email ArticlePrint Article
More On
Interested in blogging for thehansindia.com? We will be happy to have you on board as a blogger.