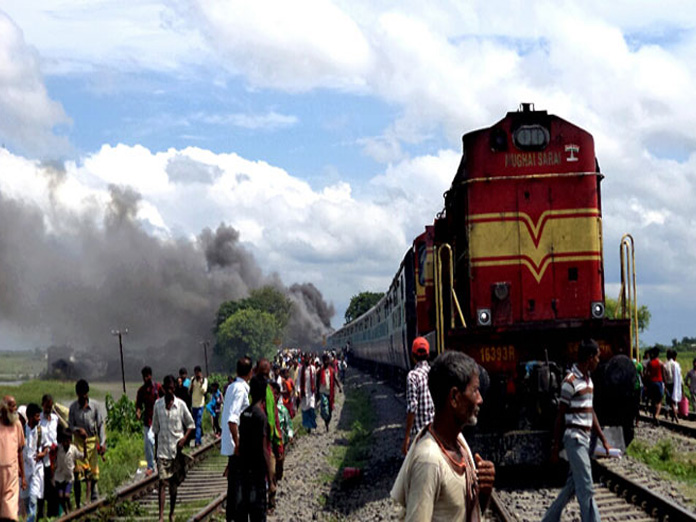 This refers to the news report, Six killed in Bihar train tragedy The Hans India, February 4 Indian railways has been touting its best safety record...

This refers to the news report, 'Six killed in Bihar train tragedy (The Hans India, February 4). Indian railways has been touting its best safety record in five years citing the lower number of fatalities in recent years. But as the derailment of the Seemanchal Express near Hajipur in Bihar and the consequent loss of six lives and 37 injured, reveals there is much more work to be done on the rail safety front. Rail accidents seem to be taking place more frequently with impunity. No one except the unfortunate victims and their families truly appears to be in agony.

Apart from holding routine enquiries into rail accidents, the railways does little to ensure passenger safety. The main teething problem is the lax regard for rail safety. There has been many rail accidents in the recent past. A culture of safety is conspicuous by its absence. It suggests sheer callousness and shocking disregard for rail safety. The NDA dispensation may be good at painting and selling big visions like bullet trains, but what the railways desperately needs is better implementation of routine safety procedures on the ground.