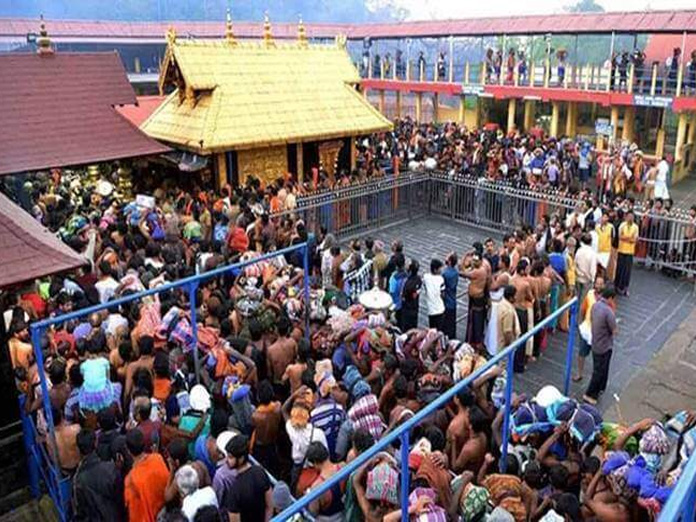 The Sabarimala issue brings to the fore yet again another poignant matter that attracts wide attention of the country. The other day Sabarimala tantri Kantararu Rajeevaru justified that the purification ritual held at the hill shrine saying the same was planned well in advance and not connected with the entry of two women there. In his explanation given to the Travancore Devaswom Board, the tantri claimed the purification was done to overcome any negative effect on the cosmic power of the deity and it was planned to be carried out when the temple opened for Makaravilakku season in January, 2019.

But, the purification ritual held at the hill shrine following the visit of the two women below the age of 50 was a clear violation of the Supreme Court verdict which had forbidden the segregation of women devotees in the name of menstruation. It also defies the imagination of the people of how the young women would be able to deprive of the cosmic power of the deity. From such practice and custom, one may tend to infer that these practices being maintained by certain tantric people, which have no any Godly sanction or approval.

The real purpose and mission of God with regard to the man are to give him irrespective of caste or creed, the real emancipation from all kinds of man-made practices and customs. So, the Sabarimala tantri and the Travancore Devaswom Board must accept this truth which never segregates young women from women. The Supreme Court has pronounced the verdict on the issue of young women’s entry to Sabarimala after taking into account of the whole gamut of aspects of the matter, and the verdict too has wider acceptability than the narrow perception of certain people.

So, it would be good and acceptable if Sabarimala Temple authorities take pragmatic steps to implement the wise and sublime practice of allowing young women to enter Sabarimala. Surely, it will bring in a new era of worshipping where women and men devotees will solely concentrate on the Lord Ayyappa for spiritual enhancement of body and mind.