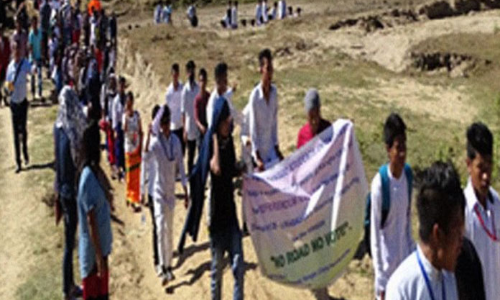 The Ministry of Home Affairs recently issued an advisory directing all State governments to ensure the security of people from Jammu and Kashmir. The University Grants Commission, too, asked vice chancellors of all universities to personally look into the issue of harassment of Kashmiri students. Since the court has very specifically mentioned ‘social boycott, etc, against Kashmiris’, action ought to be taken against all those who spread venom and sought to shun Kashmiris.

The sad reality of Indian politics is that, among those who actively promoted this agenda was a Governor, a constitutional authority. Meghalaya Governor Tathagata Roy had put out a tweet early last week openly calling for a boycott of everything Kashmiri, asking people not to visit Kashmir or buy Kashmiri handicrafts. Despite the Supreme Court order, he has neither removed his tweet nor stopped his Twitter tirade.

In the context of the order, he has committed an offence and must pay for it. As a person who is blinded by ideology to even see the difference between terrorists and those desperately trying to defeat terrorists, he does not deserve to hold the office of the Governor.

Action COVID-19 Team to start 50 initiatives through grants to...