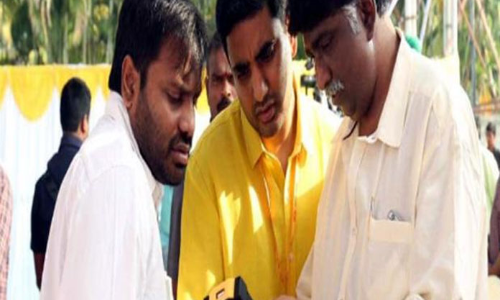 Misusing of individual data once again has become viral in Telugu speaking States It has come to light when opposition party in AP made a complaint...

Misusing of individual data once again has become viral in Telugu speaking States. It has come to light when opposition party in AP made a complaint against M/S IT Grids India Private Limited located at the Ayyappa Society in Madhapur. It is alleged that the IT Grids with the help of the Bulefrog mobile technologies located in Vizag has designed mobile based app that can store more than three crore individuals personal information.

So in the name of Sevamitra all the designated ruling party workers can download the app and conduct surveys on the pulse of voters as the app contains details of population, geographical information, Aadhaar ,AP Smart Pulse survey etc. This type of theft had become a major issue at the time of US Presidential elections when Hilary alleged that Russia helped Trump to change his electioneering. Coming to India the apex ruled in 2012 that any political should not have photo electoral rolls .So now TDP is having such electoral rolls against the court ruling.

Indeed, the people of AP are in confusion as there are numerous complaints of fake votes one hand and on other hand in the fear of personal data theft. Thus, it does not not augur well for the State as elections are fast approaching. So, both ruling and opposition parties must cooperate for transparent probe to catch the rat behind this murky episode.