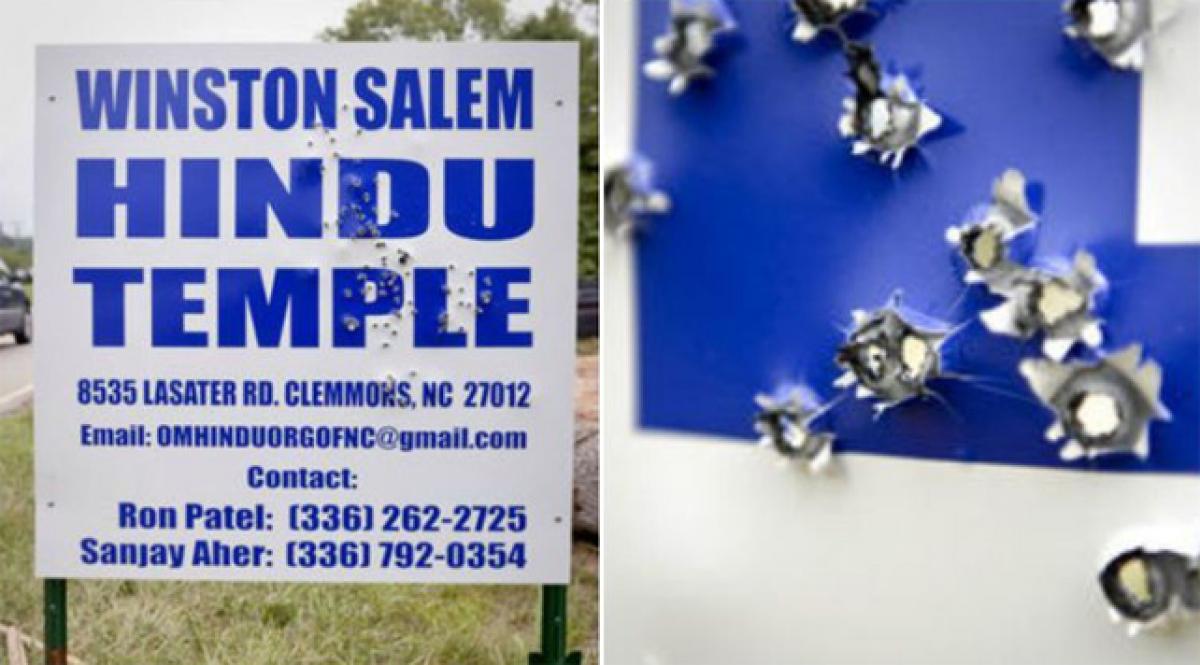 Hindus nationwide are highly concerned after reports of a sign of planned “Winston Salem Hindu Temple” in Clemmons (North Carolina) was hit with over 60 shotgun blasts earlier this month. This comes at the heels of reports of vandalizing of North Texas Hindu Mandir in Dallas around April 13 and vandalizing of two Hindu temples in Seattle metropolitan area of Washington State in February last, where words like “GET OUT” and “FEAR” were scrawled on the temple walls. In addition, a Hindu grandfather was roughed-up by police in Madison (Alabama) in February, resulting in partial paralysis.

Hindu statesman Rajan Zed, in a statement in Nevada today, said that it was shocking for the hard-working, harmonious and peaceful US Hindu community numbering about three million; who had made lot of contributions to the nation and society; to receive such signals of hatred and anger.

Zed, who is President of Universal Society of Hinduism, urged administration for swift action; and North Carolina Governor Patrick L. McCrory, Forsyth Couth Board of Commissioners Chairman David R. Plyler and Clemmons Mayor Nickolas Nelson to meet with area Hindus to regain the falling confidence of the Hindu community.

Rajan Zed suggested that basics of major world religions should be taught in high schools of the country and first responders should be imparted cultural competency training so that we understood each other better in view of increasing diversity of the nation. Zed urged fellow Hindus to educate other Americans about Hinduism, the oldest and third largest religion of the world with about one billion adherents, and try to remove any misconceptions about it.

Zed pointed out that reasons for the success of the US Hindu community in the areas of education, wealth and long-lasting harmonious marriages were because of them continuing with the traditional values of hard work, higher morals, stress on education, sanctity of marriage, etc., amidst so many distractions.

Ground Breaking Ceremony (Bhoomi Puja) for “Winston Salem Hindu Temple” was held on June 11. To be built by Om Hindu Organization of North Carolina and Sri Mata Shaktipeetham, 7.6 acres have reportedly been purchased for this purpose. Construction of this 3,600-square-foot Temple, after consultations with temple architects in India, is proposed to start later this year. This will be the first Hindu temple of Forsyth County, where about 500 Hindu families reside. In the absence of a temple, the area Hindus have been travelling to Charlotte and Cary, besides worshipping at home shrines.