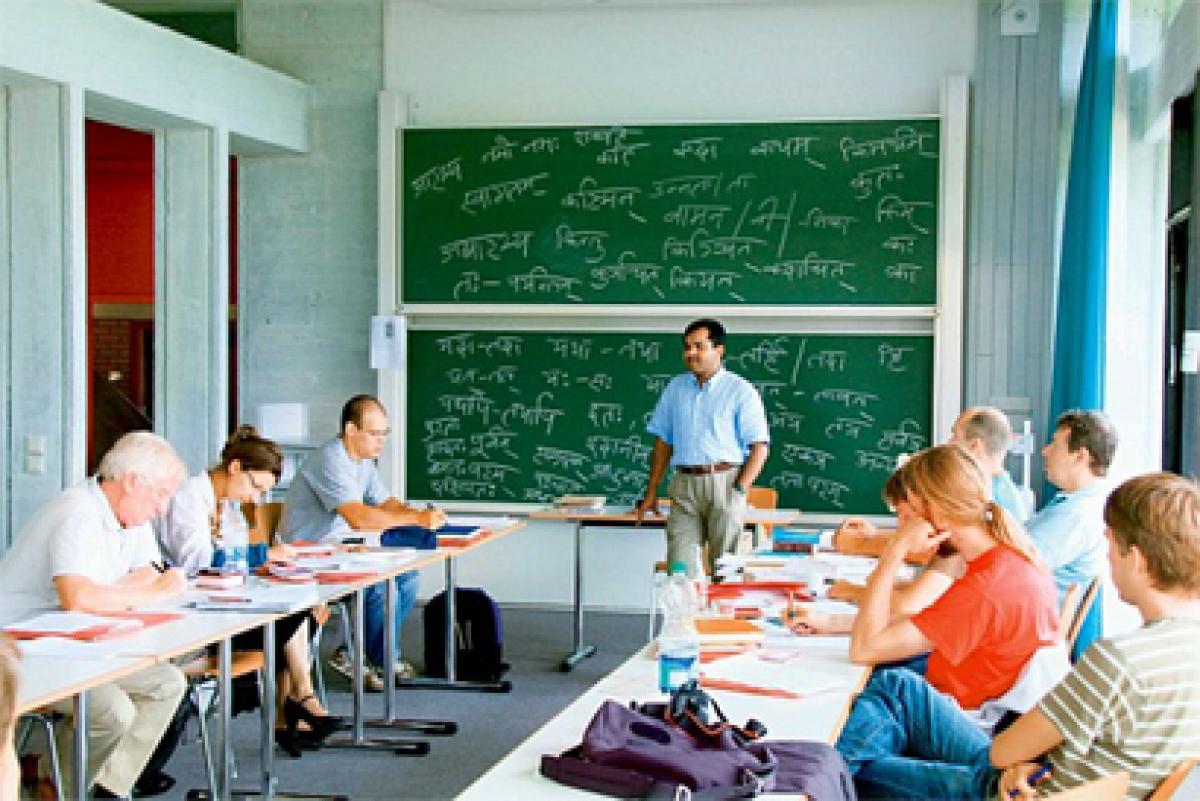 The University of Chicago has established a professorship for the study of Sanskrit with a $3.5 million gift from an Indian-American couple to help it ...

The University of Chicago has established a professorship for the study of Sanskrit with a $3.5 million gift from an Indian-American couple to help it advance the study of the Indian subcontinent.

The Anupama and Guru Ramakrishnan Professorship in Sanskrit studies supports a faculty member whose work focuses on the ancient classical language, according to a university announcement.

Gary Tubb, professor in South Asian Languages and Civilisations and faculty director of the University of Chicago Centre in Delhi, will be the first scholar to hold the new position, it said.

"The University of Chicago is world renowned for its excellence in the scholarship of South Asia," said Martha T. Roth, the dean of the Division of the Humanities.

"Guru and Anupama Ramakrishnan's generosity allows us to sustain that tradition and makes possible continued rigorous study of the cultural heritage of South Asia through its literary, religious and philosophical texts."

Sanskrit, the oldest literary language of South Asia, is the longest continuously taught South Asian language at Chicago University, having been offered since the first classes were held at the university in 1892.

Tubb first encountered Sanskrit as an undergraduate at Harvard University. He said he was attracted to the language because it provided "access to a long and rich history of human thought".

"Sanskrit really stands out among the world's languages - alongside other classical languages - as being a single language that provides access to an extraordinarily broad range of texts and histories."

A leading Sanskrit scholar, Tubb examines the tradition's poetics, grammatical forms and commentarial traditions, and draws insights across the culture's philosophy, religion and literature. Tubb is the author of "Scholastic Sanskrit: A Handbook for Students".

Tubb praised the Ramakrishnan family for its support of the Sanskrit scholarship. "It's fortunate this professorship carries the name of people who have serious interest in and respect for the way Sanskrit is studied," he said.

Guru Ramakrishnan, MBA '88, is a founding partner at Meru Capital Group; Anupama Ramakrishnan is on the advisory board of the Agastya Foundation, a Bengaluru-based NGO that funds and operates educational programmes in rural India.

"We are delighted to fund this chair in Sanskrit - one of the oldest languages that has given the world the Vedas, Upanishads and other exceptional works of spirituality, poetry, music and dance," the Ramakrishnans said.

"The University of Chicago's long-term commitment to scholarship in Sanskrit made it our institution of choice to partner with on this important initiative," they said.

The University of Chicago is home to a rich array of resources for the study of the Indian subcontinent, including its Centre in Delhi. Currently, more than 60 faculty members are engaged in the study of South Asian history, culture and language.

The university offers instruction in nine modern and two classical Indian languages, including advanced instruction in less commonly taught languages such as Marathi and Telugu.

(Arun Kumar can be contacted at arun.kumar@ians.in)