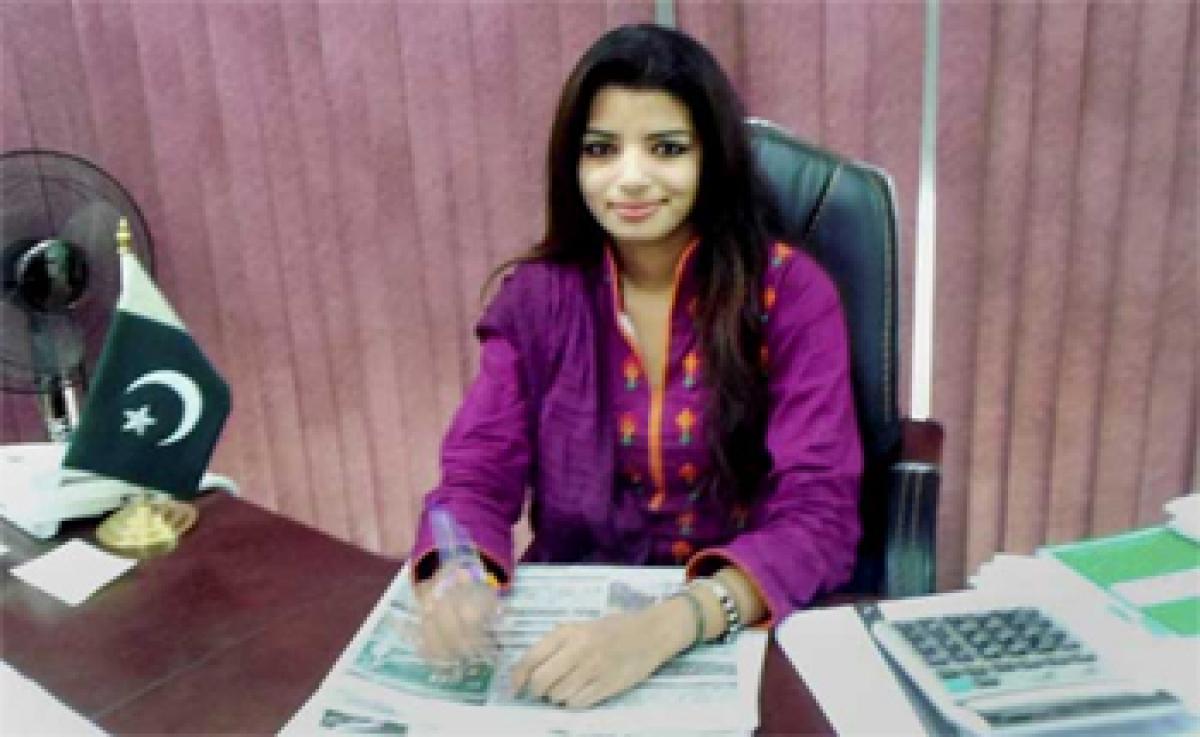 Family of a Pakistani woman journalist, who was allegedly kidnapped while pursuing the case of an Indian engineer recently jailed over espionage...

Family of a Pakistani woman journalist, who was allegedly kidnapped while pursuing the case of an Indian engineer recently jailed over espionage charges, on Sunday sought Prime Minister Nawaz Sharif's help to trace her after her distraught brother committed suicide.

"Helping an Indian prisoner in Pakistan has cost us dearly - my sister is missing for the last seven months and my brother hanged himself after losing hope to get reunited with her," said Salman Latif, brother of the missing journalist Zeenat Shahzadi.

"Our family cannot bear more mental torture. We urge Prime Minister Nawaz Sharif to intervene and help in securing the release of my sister as she has not committed any crime in helping an Indian national," Latif told PTI.

24-year-old Zeenat, a local reporter of Daily Nai Khaber and Metro News TV channel, went missing on August 19, 2015, when some unknown men allegedly kidnapped her while she was en route to her office in an auto-rickshaw from her home in a populated locality of Lahore.

Police have registered an abduction case against 'unknown men'.

Latif said Zeenat had filed an application with the Supreme Court's Human Rights Cell on behalf of Fauzia Ansari, the mother of Indian national Hamid Ansari, who had gone missing in Pakistan since November, 2012.

She secured in August, 2013 a special power of attorney from Ansari's mother. She also pursued his case in the Peshawar High Court.

Ansari was reportedly in love with a Pakistani girl of Kohat, a district of Khyber-Pakhtunkhwa, whom he had befriended on Facebook.

According to an official of the Human Rights Commission of Pakistan, unable to get a visa for Pakistan, the then 28-year-old IT Engineer and MBA from Mumbai managed to arrive in Kabul, on November 4, 2012.

He somehow reached Pakistan around November 12, 2012 and stayed with one of his online friends till another friend got him lodgings in a hotel in Kohat.

From there, police took Ansari away on November 14, 2012 and handed him over to an officer of a security agency, the rights official said.

The official said attempts to register an FIR for his arrest and detention failed.

Zeenat submitted application to the Commission of Inquiry on Enforced Disappearances that ordered registration of the FIR in 2014. At the same time, she also filed a habeas corpus petition in the Peshawar High Court.

"Zeenat received threats from unknown persons who asked her not to pursue this case any more. We also asked her not to put her life at risk but she said she wanted to help Ansari out of humanity. When she spoke to Ansari's mother she literally cried along with her and vowed to help," Latif said.

Ansari was sentenced to three years' imprisonment on charges of illegally entering Pakistan and 'spying' reportedly by a military court last month.

Her younger brother Saddam, who was emotionally attached to her and very much disturbed by her mysterious disappearance, on Thursday committed suicide.

The death of Saddam, an intermediate student, has hit the family which was already in a state of dejection because of Zeenat's disappearance.

"My mother's condition has deteriorated after the suicide of Saddam. My father is already in a state of shock. He has stopped talking. Our only plea to the authorities concerned to help free Zeenat," Latif said.

On the intervention of the court, Zeenat's case has been included in the missing persons cases being probed by the Joint Investigation Team (JIT) Lahore.

"I along with my mother had appeared in the JIT meeting in last month. Some officials in the meeting had assured us that Zeenat would be back home soon," Latif said, adding his family is hoping the JIT would keep its words.

The next meeting of the JIT will take place in Lahore in April.

Meanwhile, rights activists have also voiced for the release of Ansari, saying that since he has served his sentence, he ought to be set free now.