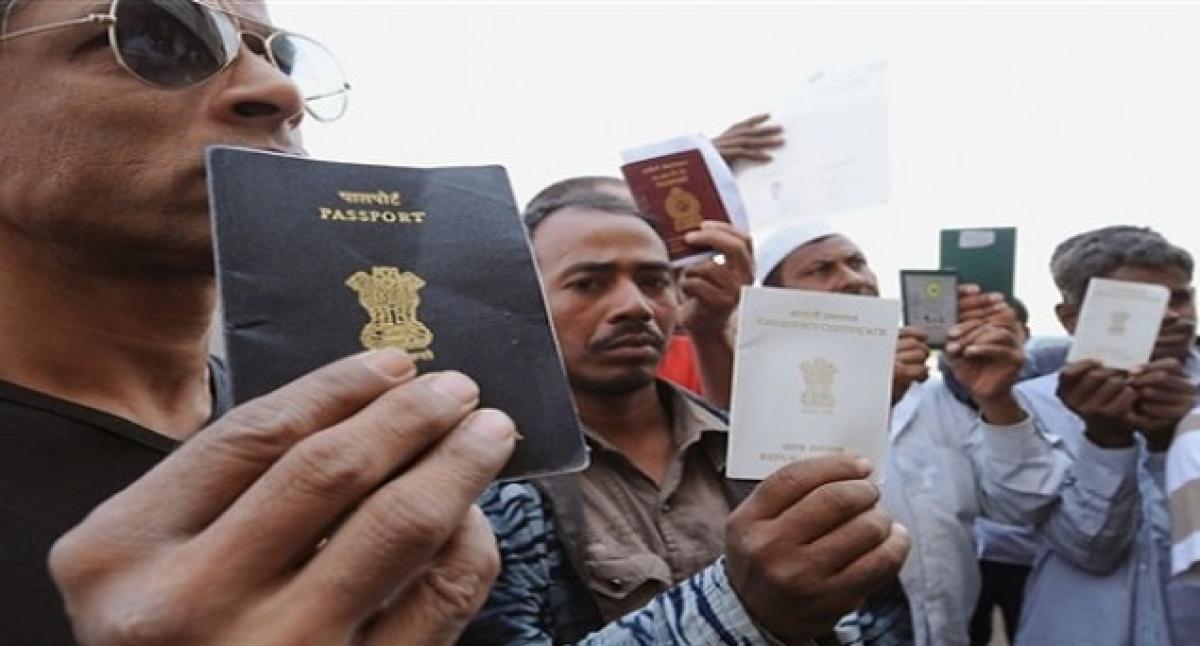 With 7,700 Indian workers employed with Saudi companies facing a financial crisis, a senior official of the Gulf kingdom-'s labour ministry held a...

​Jeddah/New Delhi: With 7,700 Indian workers employed with Saudi companies facing a financial crisis, a senior official of the Gulf kingdom's labour ministry held a meeting with India's Consul General in Jeddah on Wednesday.

"Director General of Branch of Ministry of Labour and Social Development in Makkah region, Abdullah Al-Olayan, held here today a meeting with Consul General of India in Jeddah, Mohammad Noor Rahman Sheikh and his companions to discuss the situation of Indian labourers affected due to their delayed salaries in one of the big companies in the governorate of Jeddah," the Saudi Press Agency (SPA) reported.

SPA said Al-Olayan explained that the ministry was currently providing facilities for 2,500 affected Indian workers in Jeddah, allowing them to transfer their sponsorships, and granting them re-entry visas.

On Tuesday, giving a breakup of the figures, External Affairs Ministry spokesperson Vikas Swarup said 4,072 workers belonging to construction company Saudi Oger in Riyadh were being provided shelter in 10 camps: nine in Riyadh and one in Damman.

"In addition, there are 2,153 Indian workers belonging to Saudi Oger in six camps in Jeddah all of whom have been provided food by the Indian consulate," Swarup said.