Nalgonda doctor stabbed to death in US 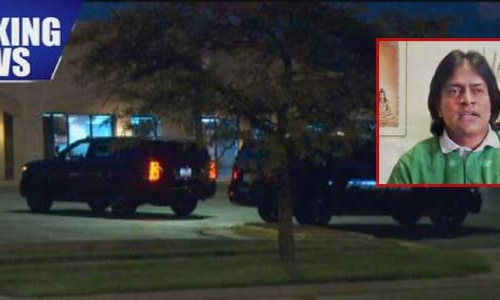 Dr Achutha Reddy (57) of Sitarampuram of Miryalaguda in Nalgonda district was reportedly stabbed to death in his clinic at East Wichita, Kansas late...

Nalgonda: Dr Achutha Reddy (57) of Sitarampuram of Miryalaguda in Nalgonda district was reportedly stabbed to death in his clinic at East Wichita, Kansas late on Wednesday night.

According to the deceased kin Dr Sudharshan Reddy of Nalgonda, an unidentified person had entered into conversation with Dr Achutha Reddy and during the course of the conversation stabbed the doctor multiple times.

The doctor was found dead outside the clinic in a back parking lot. Local police has reportedly caught the suspect and he was taken into custody. Dr Acutha Reddy is an alumni of Osmania Medical College from where he graduated in 1986.

He was practicing in Wichita since 1989 and was running the Hoilistic psychiatric services in Wichita apart from being affiliated to various hospitals in the region. Dr Achutha Reddy is survived by wife Beena Reddy, son Vishnu, daughters Radha and Laxmi.